'It Will Be Small, Less Stressful' - DJ Cuppy Speaks About Her Wedding


Popular Nigerian disc jockey, DJ Cuppy has spoken about what her wedding day will look like. 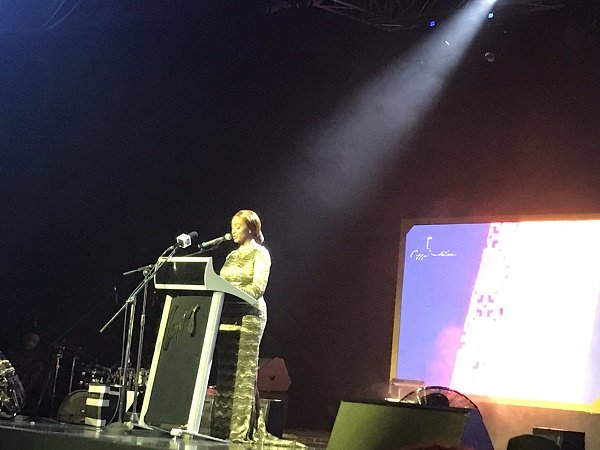 DJ at the Gold Gala

Florence Otedola, Nigerian disc jockey and humanitarian better known as DJ Cuppy, says her wedding ceremony would be lowkey and less stressful compared to the first-ever Gold Gala for her Cuppy Foundation.

She disclosed this on Sunday night in a statement addressed to Femi Otedola, Nigerian business magnate who doubles as her father, during a charity event, held in Abuja, to raise funds for the advancement of children-related humanitarian causes in north-eastern Nigeria.

After expressing her gratitude to Yemi Osinbajo, vice-president, Cuppy endeared her father as “the Gelato King,” urging him not to worry as her wedding wouldn’t be as massive or stressful as the gala.

“This is a very emotional night for me. It gives me great pleasure to welcome all of you to the first-ever Gold Gala hosted by the Cuppy Foundation. 26-year-old, soon to be 27-year-old me, I’m so humbled that you’ve taken time out from your busy schedules. People have flown from around the world and the country and I’m so grateful,” she said.

“I stand before you in my capacity as an ambassador for Save the Children. But, most of all, a daughter; a sister; a friend and a performing artiste to most of you. While many know me as DJ Cuppy, the Gelato Fanatic, I stand before you today as a young philanthropist with a big vision for our country Nigeria.

“I’d like to thank his excellency the vice president for joining us tonight. Your presence has already made this a very special night for me. I pray you’ll stay and enjoy some Gelato, sir. To Mr Otedola, the Gelato King himself, don’t worry. My wedding would be much smaller and less stressful.”

Skipping the pleasantries, Cuppy went ahead to narrate her experience during a recent visit to the “stabilization centre” of Save the Children UK, a foundation of which she happens to be an ambassador and an African Advisory Board (AAB) member, for Boko Haram-displaced children.

“I founded this Cuppy Foundation as a way of giving back to children. As many of you know, I’m very passionate about what I do. And, through this foundation, I have contributed to many Nigerians; those with disabilities, visiting places around the country. I have also supported children through music,” she added.

“Save the Children has exposed me to a world I never imagined. However, nothing prepared me for my recent visit. I was able to visit Save the Children’s work in Maiduguri, Bornu State. At their stabilization centre, the first child I met in the hospital was only two years old. She was so malnourished that she needed a blood transfusion.

“After then, I met more and more sick children dying, including a 16-year-old mother who was also malnourished. Because of how serious this problem is, I was told that I was only meeting the lucky few who were able to make it the medical centre. My heart broke and it’s still broken as I stand.

“Ever since that visit, my determination to save Nigerian children has grown. I have committed my time, my strength and my passion for this Gold Gala to help Nigerian children. I beg you all to join us in supporting the Save the Children cause. A quick note to all of you, I’m happy to add extra zeros to any amount you want to donate.”

Others who were also present are Kevin Watkins, chief executive of Save the Children UK; Diana Melrose, a trustee of the foundation; heads of government agencies and parastatals; members of the national assembly as well as those of the Federal Executive Council.

TheCable also reported how DJ Cuppy’s dad donated N5 billion to Save the Children, to support its intervention in the north-east.