An 85-year-old woman has reportedly gone missing after church service in an Ondo community. 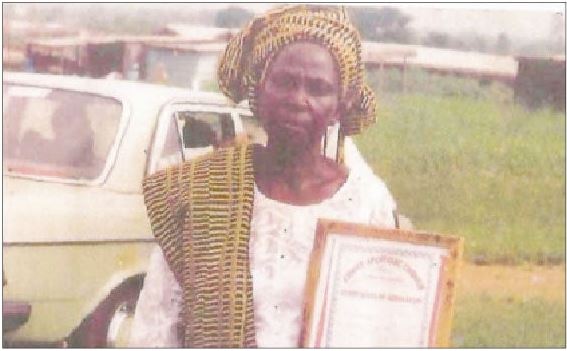 According to a report by Punch Metro, the family of an 85-year-old woman, Adunni Adelusi, has become distraught following her disappearance after a combined monthly service at the Deeper Life Bible Church’s campground in the FUTA North area of Akure.

It was gathered that Adelusi went missing on September 8 after the church directed its members to follow another route after the service.

It was learnt that the church was reconstructing the road leading to the camp ground and had directed its members to pass through a nearby village to their various destinations.

However, Adelusi, who is suffering from amnesia, went missing after passing through the village.

Adelusi’s cousin, Asake Akingbohungbe, who spoke to PUNCH Metro, said all efforts to find her had yielded no fruit.

She said, “We went for a combined service at the FUTA North gate area of Akure and after the service, she passed through a village at the back of the church, because the church was renovating the main road and she just went into the village and since that time, we have been searching for her.

“Someone told us that they saw her at the market; later, another person said she saw her at the Ondo garage and that she was later seen somewhere around Adebowale, and I have been to those places to search for her from time to  time,  but we have not seen her.

“A particular boy that I showed her picture said he saw her at the Ondo garage but we did not find her there; and when I went there three days ago, a woman, who was giving her food, said she asked her if she was mummy Funlola, but she said she was Mama Bendel. For her to forget her house, I thought she could also forget her name.

“We gave her photographs to our district churches in the town that any member that sees her can contact us or the police; we have gone to all the churches, hospitals and mortuaries to search for her but we have not seen her.”

PUNCH Metro learnt that the matter was reported at the Okuta Elerinla Police Station.

When contacted, the state Police Public Relations Officer, Femi Joseph, said there was record of the missing woman with the police.