A 68-year-old pensioner has been arraigned in court after he was caught performing a s*x act on himself in a public swimming pool. 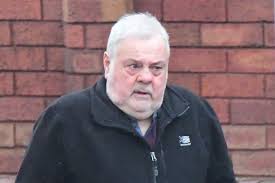 A pensioner was caught performing a s*x act on himself in a public swimming pool in what has been described as a "moment of madness".

Clive Harrison was in the water at Jubilee2, Newcastle, when a female swimmer caught him in the act with his shorts pulled down.

The court heard how the 68-year-old couldn't give a reason why he did it, Stoke on Trent Live reports.

North Staffordshire Justice Centre heard Harrison was a member at the centre run by Newcastle Borough Council and had used the pool on a regular basis for 18 months prior to the offence.

Harrison, of Penkhull in Stoke-on-Trent, pleaded guilty to committing an act outraging public decency. He told a probation officer he had not returned to the swimming pool since the June incident.

“She asked him to stop. He said sorry. She alerted the lifeguard. The defendant exited the pool shortly afterwards.

“He was interviewed by police and accepted he had committed the act. He said the pool was almost empty – there were around six other adults present and no children.

"The defendant accepted the act had been for sexual gratification but could not give a reason why he did it.”

The court heard the retired engineer lives with his partner of 35 years.

300L UNN Law Student Lands In Police Net After Allegedly Scamming His Lecturers, Others Of Over N120m
Recent Stories