A mother and daughter who have reached the prime age of 103 and 87 respectively have been hailed over the feat. 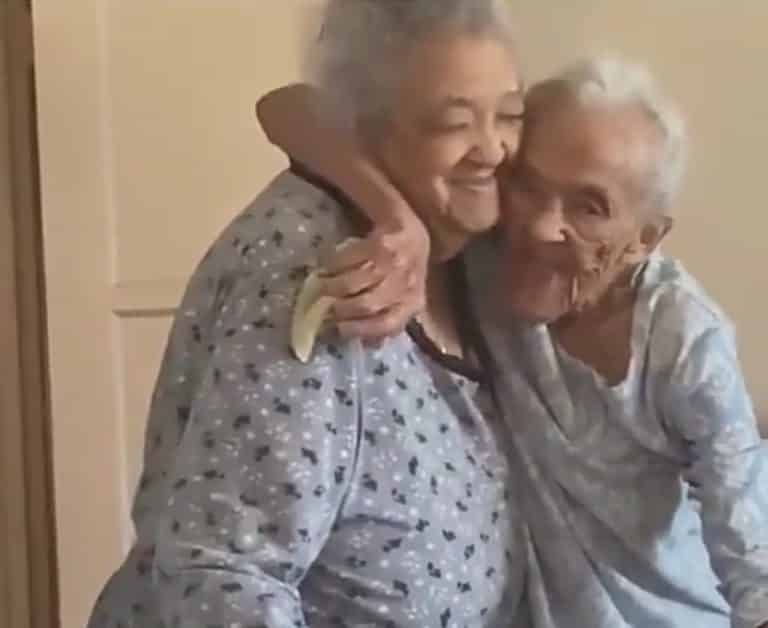 Daughter and her mother
A heartwarming video of a 103-year-old mother and her 87-year-old daughter playing together has left internet users in awe.
In the viral video, the aged mother and child were spotted hugging themselves tightly, while laughing and playing with each other.
Watching our mothers grow older is an inescapably challenging and heart-wrenching part of life. However, as they age, we also have an opportunity to share some of the dearest and most intimate kinds of love with them.
Wear the jewels, kisses, and sacrifices they gave you with pride. Reassure them that they did the best they could, and help them find some measure of peace and enjoyment in each day.
Watch the video below:
Top Stories