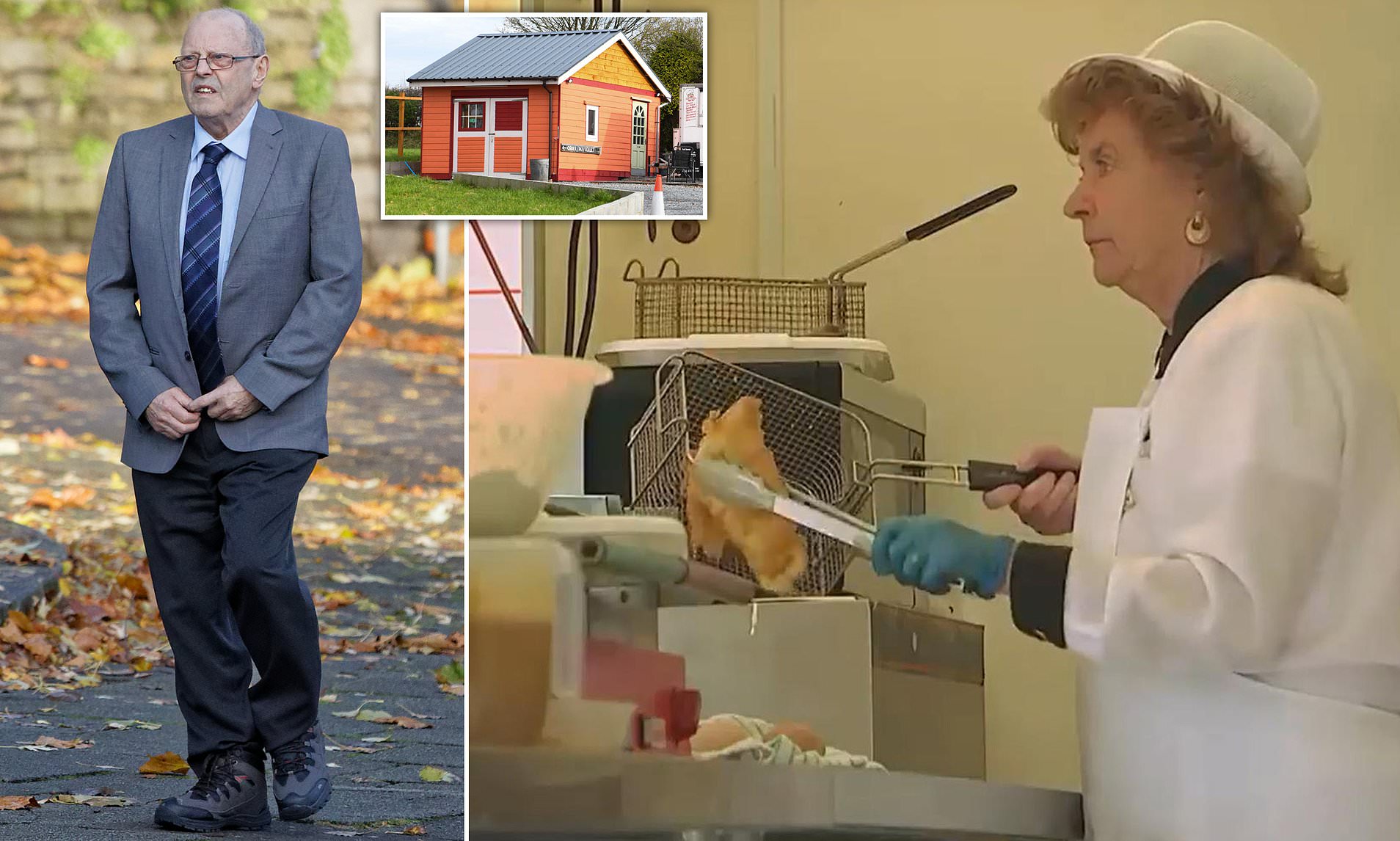 Geoff, 70, is accused of murder after the incident at the chip shop (Image: WALES NEWS SERVICE)

A husband burned his wife of 30 years to death at their chip shop by pouring scalding hot cooking oil over her, a court has heard.

Geoffrey Bran, 71, allegedly murdered his wife Mavis Bran, 69, with a deep fat fryer at the Chipoteria in Hermon, Carmarthenshire, following arguments between the pair.

On Monday Swansea Crown Court was told Mrs Bran suffered severe burns to her body after her husband allegedly pushed or threw one of three fryers on top of her.

Prosecutor Paul Lewis QC said: "It is the prosecution case in a nutshell that the terrible burns Mrs Bran suffered were not the result of an accident, but were caused by her husband deliberately pushing or throwing over her a deep fat fryer which contained scalding oil."

The couple, who had no children together, owned a small number of commercial proprieties and businesses around South Wales, and opened the Chipoteria together in January 2018 in a cabin situated next to their home in the small West Wales village.

The court heard that financial pressures of their various businesses would sometimes put strain on their marriage leading to arguments about money.

Mr Lewis said in the months leading up to her death a friend of Mrs Bran had noticed their relationship had been "deteriorating", with Mrs Bran phoning the friend in tears saying "he's getting nasty".

Gareth Davies, another friend of the couple who lived with them, said on the afternoon of October 23 last year Mrs Bran returned home naked from the waist up shouting "I've been burned" and "I've had boiling hot fat all over me".

He described her upper body as "crimson" and that her skin was peeling off her wrists.

Despite her injuries Mrs Bran told Mr Davies to fetch more fish for customers and declined an ambulance.

Bran, who was sporting a cut above his eye, told Mr Davies his wife had been cooking fish when she slipped and grabbed the fryer, causing it to come out of the holder and spill over her.

But Mrs Bran's friend, Caroline Morgan, said she received a call from her around 1.15pm in which Mrs Bran screamed: "Geoff has thrown boiling oil over me. Please get here, I need you now, help."

Miss Morgan said she found Mrs Bran "shocked" and "shaking" and told Mr Davies to call for an ambulance, before telling Bran, who was still serving customers, to shut the chip shop.