A little boy who was kidnapped in Kano and converted to Christianity in Anambra has been rescued. 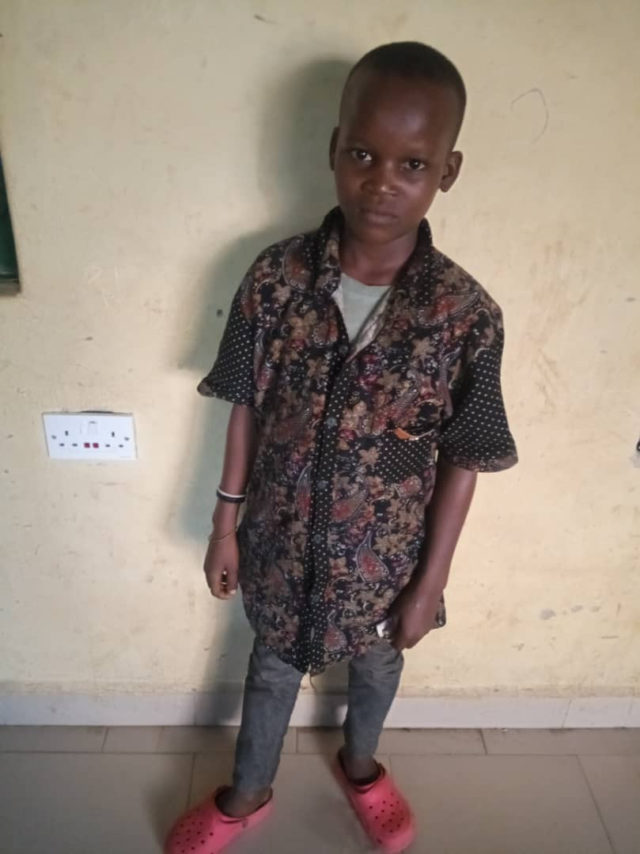 Muhammad Ya’u
An eleven-year old boy, Muhammad Ya’u, who was kidnapped in 2014, has been rescued by men of the Kano State Police Command.
A statement on Tuesday by the command’s spokesman, Abdullahi Haruna, said the 11-year old boy was kidnapped at PRP Quarters in Nassarawa Local Government Area of the state.
He said the child was abducted by Paul Onwe and his wife, Mercy, who are responsible for the kidnapping and forceful conversion to Christianity of the nine children rescued by the police in Onitsha, Anambra State recently.
The spokesman added that the latest rescue operation of Ya’u was conducted by the command’s Anti-Kidnapping Team of Operation Puff Adder in Onitsha, Anambra State.
Mr Haruna, therefore, assured that effort was in top gear to rescue more kidnapped children in the state.
“The Command is using this means to thank the good people of the state for their Support, patience and their efforts in fighting all forms of crime and criminality in the state,” the statement said.
Top Stories