'What Was My Father Doing When Dangote Was Getting Rich?' - Tonto Dikeh Reacts To Otedola's N5bn Donation 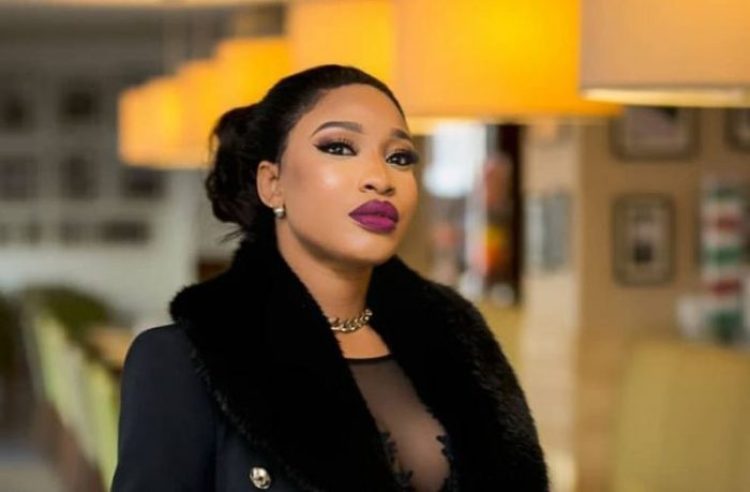 Nollywood actress, Tonto Dikeh, has asked herself what her father was doing when billionaires like Aliko Dangote were getting rich.

She said this in reaction to Femi Otedola’s N5 billion donation to the northeast intervention scheme.

The Nigerian actress took to her Instagram story to express her surprise at the humongous sum and also air her opinion about the incomparable influence of wealth on the passions of both the rich and poor.

“N5billion!!! No no no I am not angry I am just here wondering what my father was doing when Dangote was becoming rich??? I need to know if he just went to God for a fine face cause man is super facial hawt and forgot to ask for money,” she wrote.

“11 years in foundation spending my own money without help and boom one with 1-minute experience… Last-last its who has money not who has passion. God bless Otedola for the next generation he is about to bless. I just wish you bless them through other working foundations,” Tonto wrote. 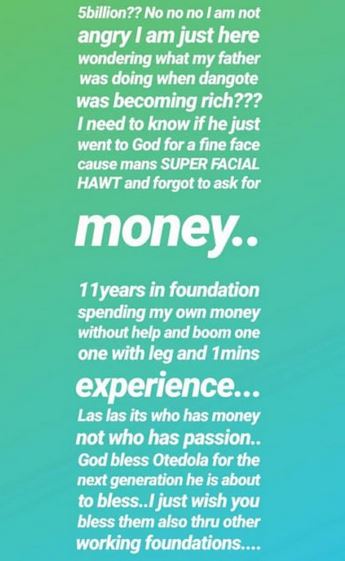 Otedola had on Sunday attended the 2019 Cuppy Foundation Gold Gala, a charity event staged by Florence Otedola, his daughter, in partnership with Save the Children UK, to better the lives of insurgency-displaced children in northeastern Nigeria.

Dangote, who was also present at the event alongside Yemi Osinbajo, vice-president, and other prominent politicians, had commended the Nigerian business magnate while also donating the sum of N100 million to the cause.

“Femi has declared that he’s not just a rich man but a wealthy person. Now, he has joined the clique of wealthy men who don’t eat their money alone. They make sure they give to others. For me, one thing I keep saying is that I’ll give away most of my money before I pass on. You know, we have to die one day,” Dangote had said.