A man has killed his after finding out that he was gay and had a boyfriend in the United States. 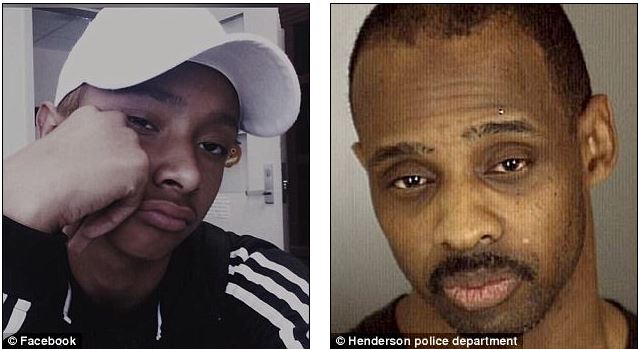 Giovanni Melton and Wendell Melton
A father has been arrested after he allegedly shot dead his son because he found out he was gay, police have said.
According to Dailymail, Giovanni Melton, from Henderson, Nevada, was gunned down by his father Wendell Melton after an argument on Thursday afternoon about how he is gay and has a boyfriend, police told KSNV.
'He hated he fact that his son was gay,' the 14-year-old's former foster mom Sonia Jones told the station.
'I'm sure that inside of his mind, he would rather have a dead son than a gay son.'
Police arrived on the scene Thursday after receiving a report about a domestic disturbance at their apartment.
When authorities arrived they found the 14-year-old in critical condition and rushed him to St Rose Dominican Hospital, where he died from his injuries.
Giovanni lived alone at the apartment where he was fatally shot, police have said.
Wendell Melton was arrested on Friday and booked into the Henderson Detection center.
He has been charged with open murder, child abuse and prohibited person possessing a firearm. It isn't clear if he will be charged with a hate crime.
Giovanni's friends remembered him as an energetic teenager who could make anyone smile.
Bailey Schultz said he was a friend of hers at Coronado High School, and that 'he was young and had a lot to live for.'
And Jones, his foster mother, described Giovanni as a 'beautiful life,' and says she loved the boy as her own.
'I hope they throw the book at him,' she told KSNV, referring to Wendell Melton.
'I hope he never sees the light of day. I hope every day when he looks in the mirror, he sees his son's face.'
Top Stories