The re-introduction of hate speech bill has been dubbed 'not necessary' by Buhari's minister. 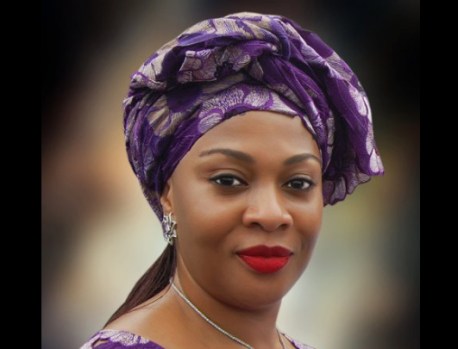 Gbemisola Saraki
Nigeria’s Minister of State for Transportation, Gbemisola Saraki, has given her opinion on the reintroduction of hate speech, saying it is not necessary.
She made this statement after the Federal Executive Council meeting on Wednesday while reacting to the reintroduction of the ‘hate speech’ bill.
A report by PremiumTimes revealed that Ms Saraki said the CyberCrime Act already has provisions and penalties for hate speech.
The Senate on Tuesday reintroduced the National Commission for the Prohibition of Hate Speech Bill which seeks to penalise persons found guilty of hate speech.
The bill was sponsored by the deputy chief whip, Aliyu Abdullahi, and it prescribes death penalty for anyone found guilty of spreading a falsehood that led to the death of another person.
The bill also seeks the establishment of a National Commission for the Prohibition of Hate Speech to help investigate and prosecute offenders.
A similar bill was introduced to the Senate in March 2018 but did not make it to third reading.
“Be that as it may, I think the Cybercrime Act, there is a law already in Nigeria, the cybercrime Act that has the hate speech aspect in it. The reason I am not privileged to know the sponsor of the particular bill that you mentioned, but there is a law. I stand to be corrected, I think it was passed in 2014/2015 I am not particularly sure but there is a law that takes care of…
“Because cybercrime is now a major issue and as you know internationally, the world over, everybody is concerned about it being the new frontier to fight crime. So hate speech is within that cybercrime aspect,” she said.
The Cyber Crimes (Prohibition, Prevention etc.) Act 2015 which was signed into law by former President Goodluck Jonathan, outlaws “cyberstalking” and stipulates that “any person who knowingly or intentionally sends a message or other matter by means of computer systems or network that is grossly offensive, pornographic or of an indecent, obscene or menacing character or causes any such message or matter to be so sent; or
“He knows to be false, for the purpose of causing annoyance, inconvenience danger, obstruction, insult, injury, criminal intimidation, enmity, hatred, ill will or needless anxiety to another or causes such a message to be sent commits an offence under this Act and shall be liable on conviction to a fine of not more than N7,000,000.00 or imprisonment for a term of not more than 3 years or to both such fine and imprisonment.”
Section 2 of the legislation further stated that any person who intentionally transmits any communication through a computer system or network to bully, threaten or harass another person, where such communication places another person in fear of death, violence or bodily harm or to another person” commits an offence under the act and shall be liable on conviction to a term of 10 years and/or a minimum fine of N25,000,000.00.
Top Stories