She assured the residents that salaries will be paid in the state following the President's intervention. 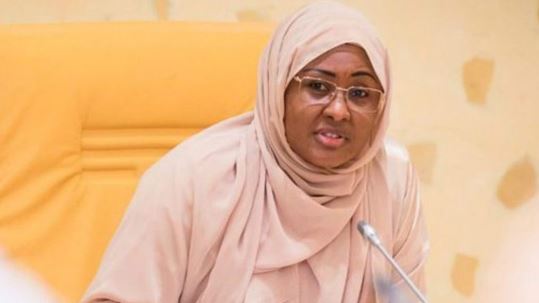 The wife of the President of Nigeria, Aisha Buhari, has appealed to Kogi residents to forgive all that governor Yahaya Bello has done to them in the past four years.

Buhari made the appeal on Thursday during the All Progressives Congress (APC) rally held in the state, ahead of the governorship election slated to hold on November 16, 2019.

She assured the residents that salaries will be paid in the state following the President’s intervention.

Aisha urged the citizens to forget Bello’s wrongdoings in the state, adding that they will not be disappointed if they vote for him.

“My husband used to emphasise on salaries, it took a while for the Kogi salary payment to get settled after a long time of verification.

“But this time vote for him for continuity of payment of salary on time.

“Bello has pledged to assure Kogi residents and civil servants of early payment of salary.

“I also commend the state for having the less number of out of school children in the country, according to the survey of UNICEF,“ she said.