Portugal Vs Lithuania: What Cristiano Ronaldo Said After Scoring Hat-trick In 6-0 Win


The Juventus star, Cristiano Ronaldo hailed his teammates for their victory against the visitors. 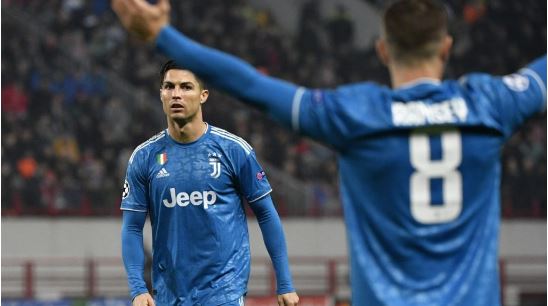 Portugal captain, Cristiano Ronaldo has reacted to his side’s 6-0 victory over Lithuania in a 2020 Euro qualifier encounter on Thursday night.

Ronaldo, who scored a hat-trick against Lithuania, said Fernando Santos’s men are one step closer to qualifying for Euro 2020.

The Juventus star hailed his teammates for their victory against the visitors.

“Good team win! We are one step closer! #todosporportugal,” the 34-year-old posted on Twitter after the match, alongside a picture of himself and his teammates celebrating.

Ronaldo will now hope to lead Portugal to victory when they take on Luxembourg in their next fixture on Sunday.