The data also revealed that a total of 1.25 billion litres of diesel were distributed across the country in Q3, compared to 1.28 billion litres in the previous quarter. 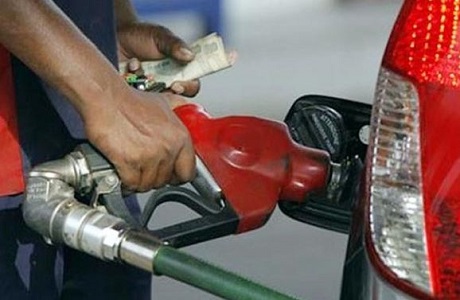 The nation’s imports of petrol and diesel fell by about 11 per cent and 15 per cent, respectively in September, latest data released by the National Bureau of Statistics on Thursday showed.

The decline in the imports of the petroleum products followed the partial closure on August 22 of the nation’s land borders with countries such as Benin and Niger in order to check smuggling of contraband into the country.

The country imported a total of 5.09 billion litres of petrol in the third quarter of the year, down from 5.61 billion litres in the previous quarter.

The data also revealed that a total of 1.25 billion litres of diesel were distributed across the country in Q3, compared to 1.28 billion litres in the previous quarter.

Nigeria, Africa’s top oil producer, relies heavily on importation to meet its fuel needs as the nation’s refineries remain in a state of disrepair.

The Nigerian National Petroleum Corporation had said in early September that the recent closure of the borders might have contributed to the huge reduction in petrol evacuation from fuel depots.

“Significant drop in the PMS evacuation from fuel depots noted since August 22nd may be connected to border closure and other interventions of the security agencies aimed at curbing smuggling. We will contain smuggling of the PMS,” the Group Managing Director, NNPC, Mele Kyari, tweeted on September 7.

The corporation had said in July that petrol was being smuggled out of the country to Ghana, Burkina Faso, Mali and Cote d’Ivoire as a result of the price disparity of petrol between Nigeria and the other West African countries.