National Publicity Secretary of the PDP, Kola Ologbondiya, who confirmed the incident, said the security details of the governor however repelled the gunmen. 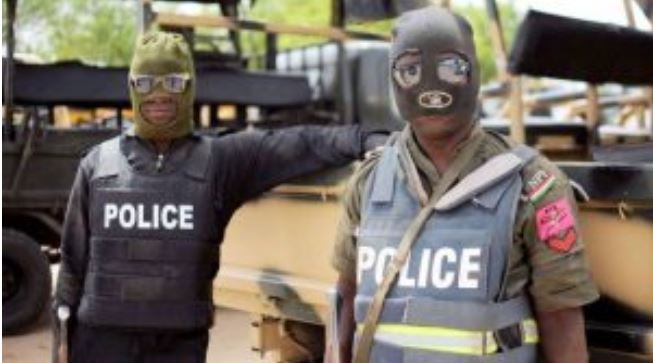 Some armed and masked men dressed in police uniforms have allegedly attacked Oyo state Governor, Seyi Makinde in Lokoja, the capital of Kogi state. Makinde, was said to be having a meeting with the Governorship candidate of the Peoples Democratic Party (PDP) in Saturday election in the state, Engr Musa Wada and other leaders on Friday when the armed men invaded the place.

National Publicity Secretary of the PDP, Kola Ologbondiya, who confirmed the incident, said the security details of the governor however repelled the gunmen.

He alerted the Inspector General of Police to rise to the occasion by ensuring adequate security provision for its party leaders and stalwarts ahead of tomorrow’s election.

Chief Press Secretary to Governor of Oyo State, Taiwo Adisa in a statement said, “Information reaching us from Lokoja, the Kogi state capital confirmed that some armed and masked security men who appeared in police uniforms have attacked the Governor of Oyo State, Engineer Seyi Makinde in Lokoja, Kogi state capital. “Makinde is the Chairman of the Peoples Democratic Party’s Kogi State Campaign Council.

“He is in Kogi in his capacity as the Chairman of that Council. “Eyewitnesses confirmed that the hooded security operatives arrived the Suitorial Hotels, Lokoja, located along Stadium Road, Lokoja, where the Governor and some members of the PDP Campaign Council are lodged at about 12.50 pm, on Friday, shooting sporadically and attempting to break into the hotel rooms.

“It was gathered the some of the hooded security operatives scaled the fence of the Hotel and attempted to enter the rooms.

“A melee was set off as the security operatives attached to the Governor of Oyo state were said to have resisted the invaders.

“Within a short while, some residents nearby also gathered to resist the invading gunmen. The Commissioner of police in Kogi state, Hakeem Busari said he got a report of the incident but that there was no attack on the governor as alleged.