Esther who was romantically attached to Frodd during the reality show has been having the best of her life in the Middle East. 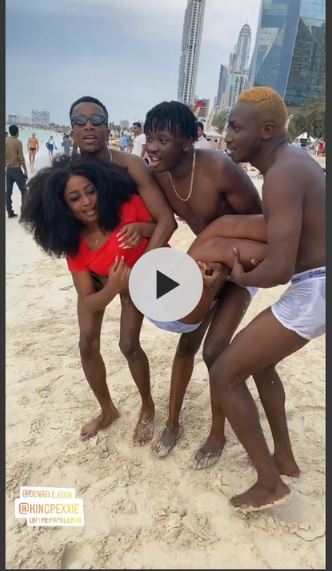 Esther and her friends

Ex-Big Brother Naija 'Pepper Dem' housemate and lawyer, Esther Agunbiade was spotted at a beach with some naughty friends of hers.

Esther from the recently held BBNaija gets pushed by Denrele into joining his rough play with some male admirers which left one of them with an embarrassing stiff.

The Pepper Dem housemate was having a beach hangout with the popular red carpet host when some of the beach goers decided to join in on the fun. 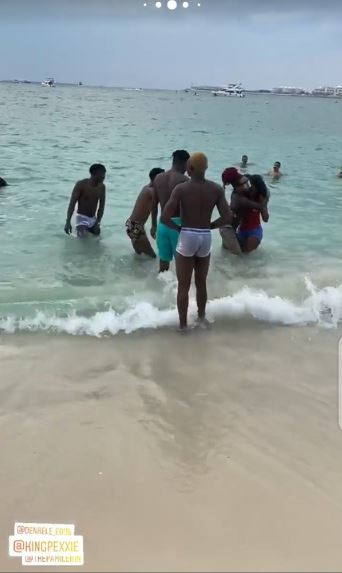 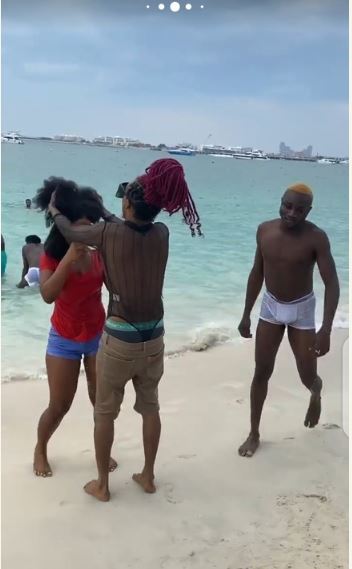 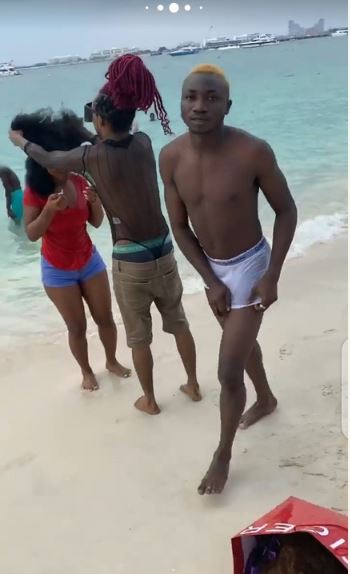 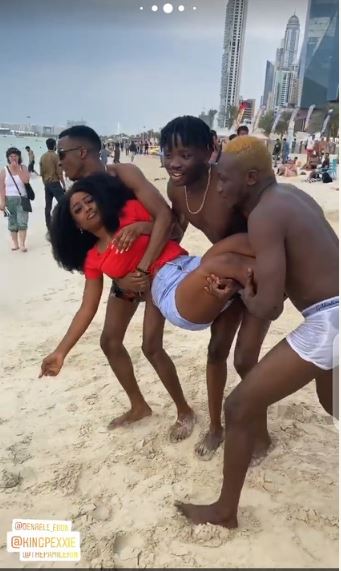 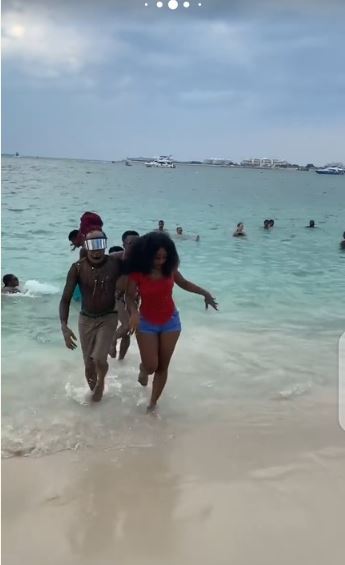