It was revealed that the suspect started having sexual intercourse with his daughter at the age of 13, threatening to place a curse on her if she told anyone about it. 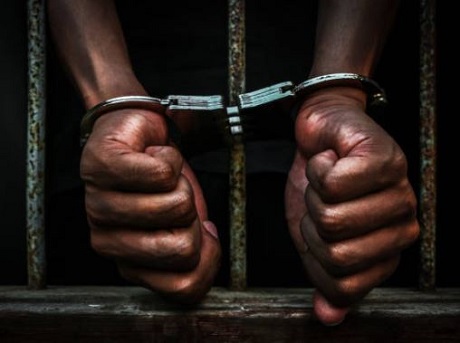 The Akwa Ibom State Police has paraded an acclaimed pastor with a church in Uyo, Apostle Williams Bassey, for allegedly raping his 20-year-old daughter.

The command also arrested another acclaimed pastor in Uyo and four other persons for various offences bordering on rape and incest.

Bassey was arrested at his residence on Ibanga Street on November 7, 2019.

The Police Public Relations Officer in the state, Odiko Macdon, said Bassey started having sexual intercourse with his daughter in the church vestry at the age of 13, threatening to place a curse on her if she told anyone about it.

His daughter confessed in the statement that the relationship resulted in three pregnancies which were all aborted by her mother, adding that her father always demanded s*x from her before paying her school fees or meeting her needs.

“The victim stated that her father started having sexual intercourse with her age 13. The continuous sexual assault led her to become pregnant on three different occasions and the pregnancies were aborted by her mother.”

Also, the other self-confessed pastor, one Anwanga Udo, was arrested on October 31, 2019 for allegedly having unlawful carnal knowledge of his 10-year-old stepdaughter.

According to the statement one Nsikan Udo, Iniobong Moses, Saviour Ukpong and Festus Etuk, were also arrested for rape at different times.

The statement added, “Udo of No 7 Itiam Street, Uyo, a pastor with Restoration Bible Church, was arrested for having unlawful carnal knowledge of his 10-year-old step-daughter when she was left alone with him. Rather than be a father to her, he turned her to a sex machine.”

“Painfully too, Etuk and one Ememobong  Eshiet (a female) of Ikot Akpa Eshiet Village, Onna Local Government Area  were arrested for conspiracy and defilement.

“Eshiet forced the victim, who is an orphan, to be having unlawful carnal knowledge with her husband, Etuk, with the intent of having children for them against her wish.”