An Indian man has been caught using a lion as a 'security guard' in a community in Lagos state. 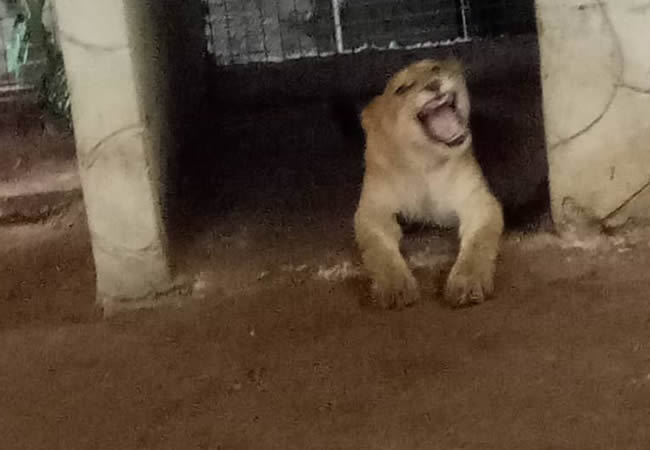 According to a report by Punch Metro, the Lagos government said it has discovered a lion cub being raised in a residential apartment in the state.

The two-year-old lion is said to be deployed as security guard in the house where it was discovered.

Speaking to Punch Metro on Sunday evening, the Head of Lagos State Task Force on Environmental and Special Offences Unit, Mr. Yinka Egbeyemi, said the cub will be “tranquilised” on Monday.

He said the discovery was made at House No. 229, Muri Okunola Street, in the highbrow Victoria Island area of the state.

The wild animal, reportedly kept by an Indian, was said to have been discovered by residents, who petitioned the state government.

Egbeyemi told The PUNCH that his men had been keeping watch on the house since Friday.

He noted that the animal would be tranquilised on Monday (tomorrow) and taken to a zoo.