Serker Akaa, a senior officer in the Benue State government, his wife and kids were burnt to death after a fire outbreak which took place in the early hours of the morning at Makurdi. 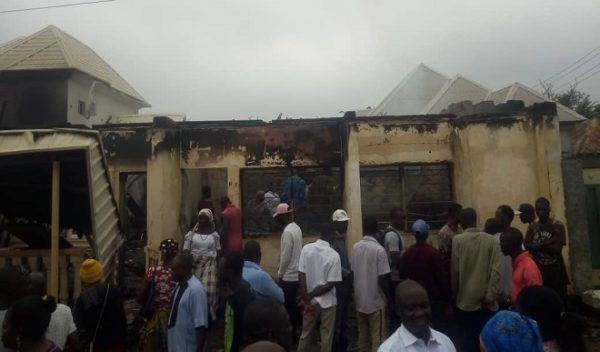 Scene of the Fire Outbreak

A senior official in the employ of Benue State government, Serker Akaa, his wife and two children were early hours of this morning burnt to death in a fire incident which engulfed their house in Makurdi.

Daily Trust gathered that the official who until his death, was an acting Permanent Secretary in the Ministry of Energy, Science and Technology met his death alongside his family about 2:00 am on Monday at their residence in Kwararafa Quarters of Makurdi metropolis.

Witnesses alleged the fire may have been caused by an electrical fault.

But, Police Public Relation Officer (PPRO), Catherine Anene, who confirmed the incident to our correspondent by telephone, said the cause of the fire was yet unknown.

Anene said the corpse of the deceased government official and three of his family members who died in the fire have been recovered by the police and deposited at a hospital morgue.