Gbenga Oposanwo, a 58-year-old man who was dosed with hot water after an argument with a man named Segun Mopoderun has been reported dead. 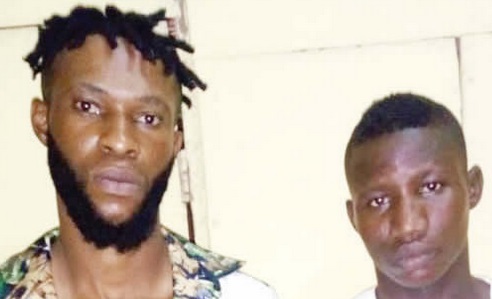 A quinquagenarian, Gbenga Oposanwo, has died after 54-year-old Segun Mopoderun allegedly poured hot water on him during an argument in the Ogba-Aguda area of Agege, Lagos State.

Punch Metro gathered that after the attack, the 58-year-old Oposanwo was rushed to hospital for treatment where he later died and his corpse was deposited in the mortuary.

The state Police Public Relations Officer, Bala Elkana, said in a statement on Sunday that homicide detectives from the State Criminal Investigation and Intelligence Department had arrested Mopoderun, adding that he would be charged.

Elkana stated, “On Saturday, November 16, 2019, around 6.30 p.m., one Segun Mopoderun, 54, of No. 3 Iyanu Oluwopo Street, off County Road, Ogba-Aguda, Agege, Lagos State, allegedly poured hot water on one Gbenga Oposanwo, 58, of the same address, during an altercation between them.

“The victim was rushed to hospital for treatment, where he later died. The corpse has been deposited in the Ikorodu General Hospital mortuary for autopsy. The suspect has been arrested by homicide detectives from the SCIID, Panti, Yaba. An investigation is ongoing; the suspect will be charged.”

Meanwhile, two suspected traffic robbers, Sylvester Uzo and Azeez Ibrahim, have been arrested for allegedly stealing a phone belonging to one Femi Omojolowo on the Community Road in the Bariga area of the state.

Elkana said operatives from the Bariga Police Division, who acted on a tip-off, arrested the suspects, who had confessed to the crime.

He added that the suspects would be charged.