Following the backlash after the video of Kanye west and his choir singing "Jesus Walks" on a plane went viral, Pastor Tony Rapu defends the rapper. 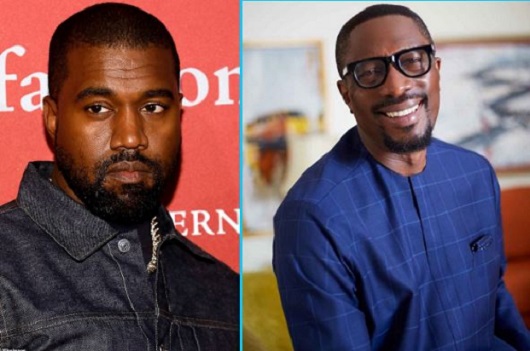 Pastor Rapu preached that it is not in anybody’s place to say whether Kanye West is or isn’t a Christian even after several backlash especially after the video of him and his choir singing “Jesus Walks” on a plane went viral.

Pastor Tony Rapu said in an IGTV video that the church is not supposed to be divided on issues like this. He used an analogy of the story Jesus told of the farmer who planted wheat and the enemy came to plant weeds amidst them to drive the point that only at harvest would the truth be revealed and no man should judge another man home.

According to him, it is in the time of harvest everyone will know whether he is or is not a Christian and only Jesus knows who is or is not his own so, if he says he is a born-again, we all need to accept it till proven otherwise or the fruit of his “salvation” becomes visible.

“If indeed Kanye West is born again, it means that he’s still a young Christian and like the rest of us, he is crafting his own journey into spiritual growth and maturity. That he is a Christian doesn’t make him a voice of Christian leadership. He still needs time,” Rapu said.