The romance between Chioma Avril Rowland and Davido has continued to wax stronger with the superstar singer boasting about her cooking skills. 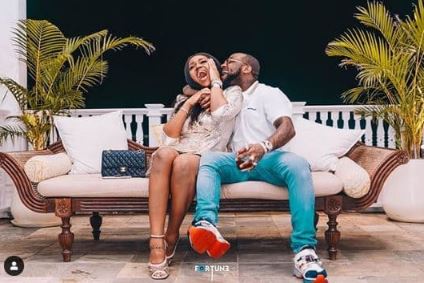 Finding a good partner is sometimes tough for some people in the entertainment industry, seeing as they are always in the limelight and are unable to distinguish between true love and fake love.

Well, that seems not to be the case for top musician, Davido Adeleke, who seems to have found love with his now famous chef fiancée, Chioma Rowland.

The singer recently took to his social media page to praise his wife-to-be, Chioma after she served him a sumptuous chicken pepper soup meal.

While sharing a photo of the sumptuous meal Chioma prepared on his Instastories, Davido stated that he has a good wife.

See the screenshot below;