Ronaldo Reveals Why He Is Better Than Messi


Both Ronaldo and Messi have won five Ballon D’Or awards each and their millions of fans have been divided over them. 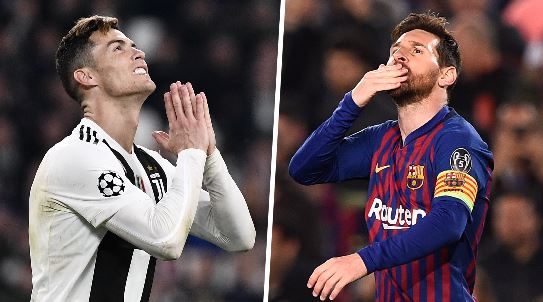 Cristiano Ronaldo often boasts about his physique, whenever his team-mates at Manchester United, wound him up about Lionel Messi, according to Peter Crouch.

Crouch, who played for England between 2005 and 2010, regularly spoke with United players when they were on international duty.

Speaking at Sportsmail’s ‘A Pint with Piers’ event in London, Crouch revealed what his United pals told him.

“I spoke to some of the United players and said what Ronaldo is like.

“And they said they used to wind him up by saying Messi is better than him and he would say “Yeah, but Messi doesn’t look like this”,” Crouch said.

Both Ronaldo and Messi have won five Ballon D’Or awards each.