Obiano disbursed the funds to the fire victims who were about 700 in number at a ceremony at the Governor’s Lodge, Amawbia, yesterday. 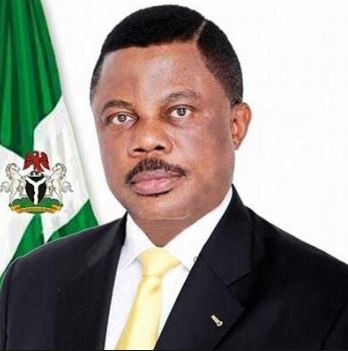 The Governor of Anambra State, Chief Willie Obiano has distributed the sum of N100 million to victims of Ochanja market fire disaster.

Obiano disbursed the funds to the fire victims who were about 700 in number at a ceremony at the Governor’s Lodge, Amawbia, yesterday.

The victims consisted mainly of shop owners in Ochanja market who lost their wares to the inferno which happened last month as a result of the falling of a petrol tanker at Upper Iweka, Onitsha.

A committee headed by the deputy governor, Dr Nkem Okeke which worked to identify the victims for compensation said a total of 10 persons sustained varying degrees of injury, while a total of six people died as a result of the incident.

It was reported that while N1 million each was given to the next of kin of the deceased persons, two persons who sustained broken legs as a result of the incident got N500,000 each, while traders who lost their wares received varying sums.

Governor Obiano while disbursing the money said, “This compensation is from Anambra State government’s purse. We’re calling on well-meaning individuals, to help the victims as well, so that they can fully overcome their plight.

“We believe that these people are the genuine victims of that incident that happened in October. They are traders and we will continue to support them. My administration will continue to promote the interest of traders in the State.”

The Executive Secretary of the State Emergency Management Agency, Mr Cyprian Agupugo explained that the panel set up by the Governor and headed by the Deputy Governor Dr Nkem Okeke, went to the market three times, after which names were compiled and scrutinized.

He assured that the beneficiaries were the real victims of the fire incident.

Meanwhile, a woman Mrs Ifeoma Obi who died alongside her little baby in the fire incident has been laid to rest in Awka-Etiti, Idemili South Local Government Area.

Governor Obiano who was also at the burial ceremony lamented that no amount of money can bring her, her son and others who died in the fire back to life.

He urged the families of the deceased persons to bear the loss with fortitude, assuring that the state government will always stand by their side in times of help.