El-Rufai Appointed Head Of Committee To Review Ownership Of DisCos


Governors representing the six geo-political zones on the Board of the Niger Delta Power Holding Company will serve on the review committee. 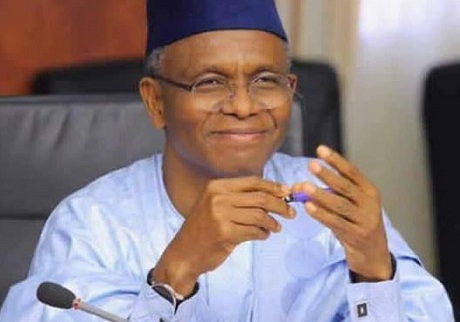 Nasir el-Rufai, governor of Kaduna state, has been appointed as the head of the ad-hoc committee that will review the ownership of the electricity distribution companies (DisCos).

The decision was reached on Thursday at the meeting of the national economic council (NEC).

Emeka Ihedioha, governor of Imo state, announced the committee’s decision after the meeting saying the National Council on Privatisation and Bureau of Public Procurement would serve on the committee.

Governors representing the six geo-political zones on the Board of the Niger Delta Power Holding Company will serve on the review committee.

At its sitting on Tuesday, the senate had resolved to probe the challenges of electricity supply after a motion moved by Chukwuka Utazi, the senator representing Enugu north.

“The northern part of the country with a vast expanse of land can tap into large solar farms while the southern parts of the country with significant reserves of natural gas and coal can generate power from same,” Utazi explained saying Nigeria can set a target of 100,000 megawatts in the next 10 years by a mixture of energy sources such as natural gas, hydro, coal, wind and renewable energy.

“Both the north and South have large water bodies that can still be dammed for hydro.”

Saying the problem doesn’t only lie with generation companies, Utazi said distribution companies also lack the financial and technical capacity to carry out their functions.