The woman confessed to the police that she wanted to punish her husband and ensure that he does not gain anything out of the union. 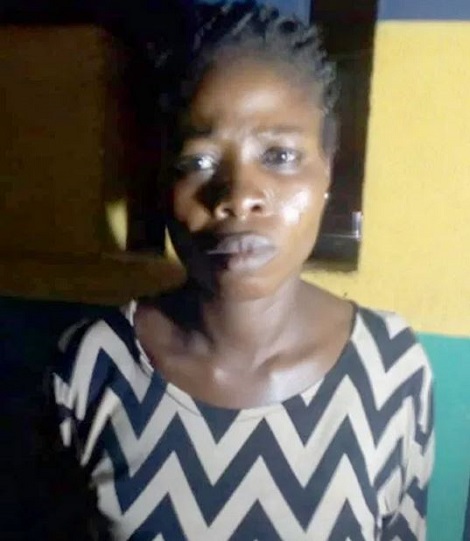 A mother, Mrs. Rukayat Abdulrahmon, allegedly confessed to killing her 3-year old boy as a punitive measure to her husband, Raheem, few days to the dissolution of their union.

Investigations showed that the deceased, Ganiyu, was the only child she had for her husband, which is her third marriage.

Besides, the couple had not been having a healthy relationship, as a Sharia Court in the state had given the embattled couple three months to go their separate ways if they cannot resolve their differences.

The incident occurred five days to the expiration of the 90 days given by the court.

The residents of Olorunosebi community at Kola Balogun area of Osogbo, in Osun State, had on Sunday, November 17, woke up to the cries of the couple searching for the deceased, whom they claimed slept in the same room with them.

They were thrown into confusion as the body was found in a well in the house, which is a storey building.

Co-tenants in the building where the incident happened woke up to the cries of the parents of the deceased who were looking for his whereabouts early in the morning.

It was gathered that their neighbours joined in the search for the boy in the neighborhood but their effort was futile after searching different houses in the area.

However, while a lady in the house attempted to fetch water for laundry, the body was discovered in the well dug to serve occupants of the house.

The neighbours quickly entered into the well to retrieve the body, hoping that he might be resuscitated, but it was late as the body was recovered lifelessly.

However, a source in the house confided in Vanguard that the boy could have open the cover, because of its weight, and jump into the well and still closed it.

The police arrested the parents as the prime suspects and later other tenants in the building.

Investigation revealed that the woman confessed to the police that she wanted to punish her husband and ensure that he does not gain anything out of the union.

When contacted, the 2 I/C police Public Relations Officer of Osun Police Command, Mustapha Ketayeyanjue, confirmed the incident, saying the woman is cooperating with the police investigation.

As at the time of filing this report, the tenants in the house have been released.