The Appeal Court sitting in Sokoto on Friday upheld the election of Governor Aminu Waziri Tambuwal as duly elected. 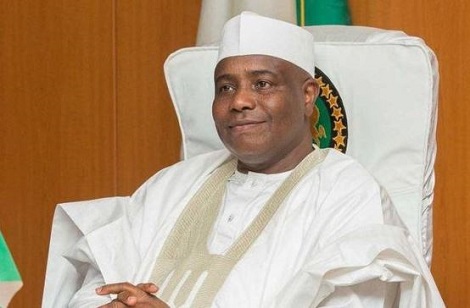 The Court of Appeal, Sokoto Division, on Friday, reaffirmed the election of the Sokoto State Governor, Aminu Waziri Tambuwal, as duly elected in the governorship election held in the state.

In the appeal overseen by four judges, the lead Judge, Justice Husseini Mukhtar, said the appellate court upheld the judgement of the tribunal which had earlier dismissed the petition filed against the governor by the All Progressives Congress and its governorship candidate, Hon Ahmed Aliyu.

The court noted that both appeal and cross-appeal are lacking in merit and thereby dismissed them at no cost. The court also took time in resolving all issues brought before it in favour of the respondents.

Three other judges on the panel, however, agreed with the lead verdict delivered by Justice Husseini Mukhtar.

Aliyu and the APC had on 16th October 2019, filed the appeal before the Court, challenging the judgement of the tribunal that dismissed Aliyu’s petition.

The petition had challenged the declaration of the candidate of the Peoples Democratic Party, Governor Tambuwal,  as the winner of the general and supplementary polls conducted by the Independent National Electoral Commission, on 9th and 23rd of March, 2019, respectively.