A young secondary school boy has received the praises of Nigerians on Twitter for his exceptional creativity and brilliance. 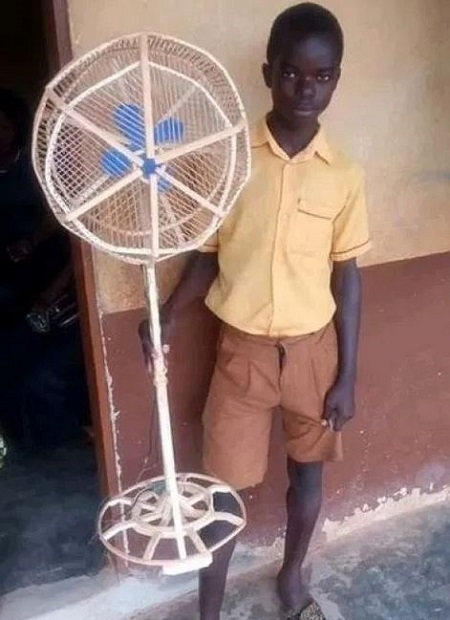 Teenage pupil who built a standing fan with wood

Nigerians on Twitter have praised and at the same time criticised a 15-year-old boy who made a wooden standing fan all by himself in the space of 2days.

Most users have condemned this upcoming tech entrepreneur in Nigeria, urging him to do something better than a wooden standing fan, while some admonished the little boy’s creativity.

Read tweets below and tell us what you think about his invention and what Nigerians are saying about it.

Akinwumi, a twitter user wrote: “15yrs o… Nonsense. Of what importance is it to anybody? The world is now talking about AI and you are here praising one boy that’s just there deceiving himself. Fan of all things, stuff that we did for play when we were younger with not basic knowledge of science sef”

Another user by the name @IamtheOGee also wrote: “God power his life to great heights nigeria is underwhelming there is no special programs in any state for his type if there were it will be a party favour affair to be shared to party leaders with ‘structure”