Sunday's effort increased the 20-year-old's tally to three goals after 13 league outings in the Spanish top-flight this term. 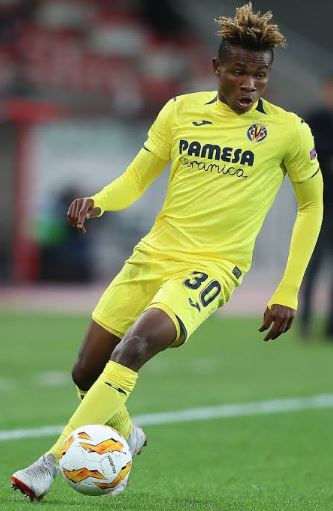 A second-half effort from the Super Eagles forward was not enough for the Yellow Submarine to end their winless run in the Spanish top-flight.

Samuel Chukwueze ended his six-game goal drought in La Liga with a goal in Villarreal's 3-1 loss to Celta Vigo.

Chukwueze, who last scored a league goal on September 27 against Real Betis, cancelled out Pione Sisto's opener in the 59th minute after he was played through on goal by Xavi Quintilla.

Sunday's effort increased the 20-year-old's tally to three goals after 13 league outings in the Spanish top-flight this term.

His equaliser was not enough for Villarreal to grab their first win since October 25 as Iago Aspas' brace condemned them to defeat.

Chukwueze was in action from start to finish alongside Cameroon's Andre-Frank Zambo Anguissa while Karl Toko Ekambi was on parade for 77 minutes.

Villarreal dropped to 12th on the table with 18 points after 14 matches while Celta Vigo are placed 18th with 12 points.