Nigerian singer, Abimbola has been reportedly involved in a ghastly accident which was caused by a porthole. 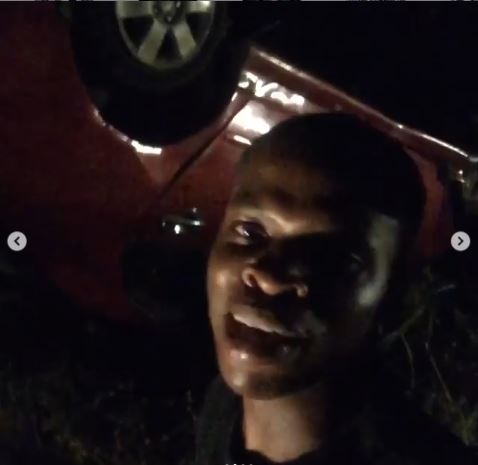 Abimbola at the scene of the accident

Abimbola, a Nigerian singer has survived a horrific accident which left his car facing downwards.

The singer who shared the story on social media revealed that the accident occurred along a Benin road in Edo state while he was on his way to an event. 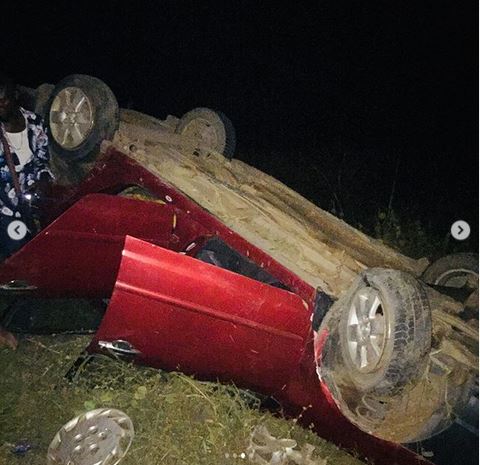 He explained that the accident was caused by a big porthole on the road and then thanked God for sparing his life.

Abimbola shared photos and videos from the scene of the incident.