According to UNICEF, pneumonia kills thousands of children annually, a number which Nigeria was the highest contributor. 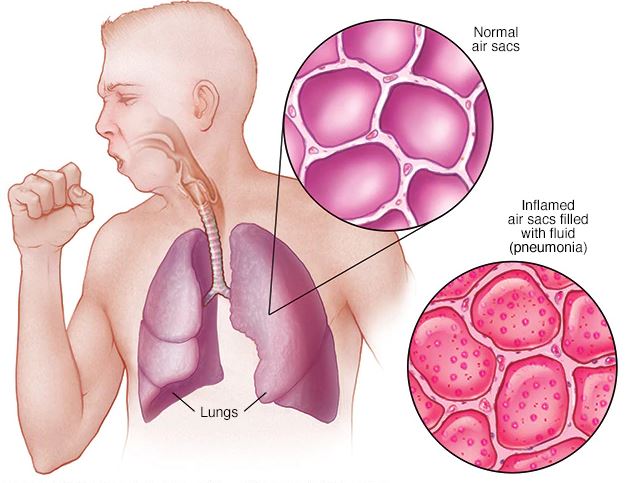 UNICEF said on Monday pneumonia remains the world’s leading infectious killer of children, claiming the lives of more than 2,000 children under the age of five every day.

The Chief of Health, UNICEF Nigeria, Dr. Sanjana Bhardwaj, stated this at the commemoration of the 2019 World Pneumonia Day and World Prematurity Day.

The event was organised by “Save the Children,” a Non -Governmental Organisation (NGO) in collaboration with UNICEF and other supporters in Abuja.

Bhardwaj said that pneumonia kills 8000 children annually, a number which Nigeria was the highest contributor.

The UNICEF official said: “At least 8000 of the world’s poorest and most vulnerable children die from the disease and 2,000 die daily, the overwhelming majority of these deaths are preventable.

“Yet fatalities are declining slowly, far too slowly for the world to deliver on Sustainable Development Goals (SDG) pledge to end preventable child deaths by 2030.

“Changing this picture will require more than a reaffirmation of the SDGs promise, the children whose lives are at stake need a bold agenda backed by urgent action.

“Tackling pneumonia is a call to global action and every step count in fighting this disease.’’

Bhardwaj said there was the need to develop pneumonia control strategies as part of universal health coverage and commit to reducing child pneumonia at fewer than three per 1000 live births.

She said there was also the need to strengthen quality primary health care and action on pneumonia as part of national multi-sectoral plans through integrated strategies including nutrition, water, sanitation, and air pollution.

The UNICEF official called for an increase in government investment in health and nutrition, at least five percent of its Gross Domestic Product (GDP) on health and increased governance by ensuring transparency and accountability.