As many as 1,200 students out of 5,698 students who sat for the Law School exams reportedly failed. 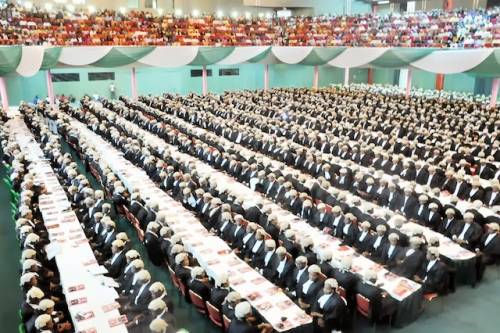 The Nigerian Law School has called to the Nigerian Bar a total of 4,458 candidates, who were successful during the August 2019 final examinations, SaharaReporters reports.

Director-General of the school, Isa Ciroma, on Tuesday at a ceremony said that 5,689 students sat for the examinations out of which 4,455 came out successful, while three others were from the previous examination.

The DG, who rated the performance as outstanding, said that it justified the huge investment and sacrifice made by all.