Single Nollywood star, Halima Abubakar has announced that she is pregnant as social media users make enquiries about who is responsible. 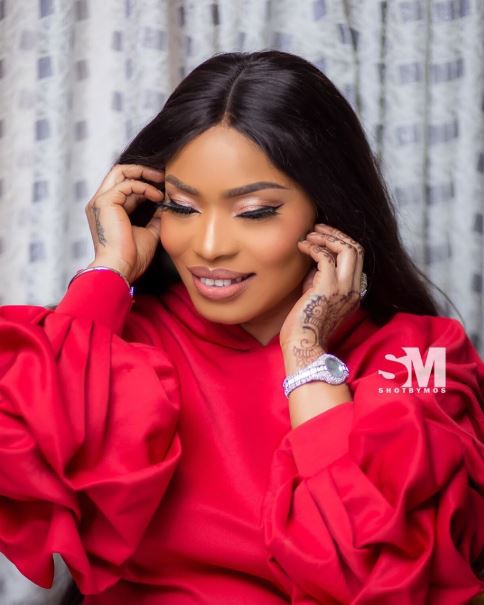 Nollywood actress, Halima Abubakar, has announced she is expecting a child.

The light-skinned actress, who is a proud owner of an Escalade, began her acting career in 2001 with a minor role in the movie 'Rejected'. Her first lead role was in 'Gangster Paradise'.

She has starred in movies such as Slip of Fate, Secret Shadows, Area Mama and Men in Love. The 34-year-old broke the ice in an early morning post on Instagram on Wednesday.

“Smile of gratitude and am expecting a lil Minnie motherhood #wcwalways,” she wrote.

Halima recently revealed that her father subjected her to virginity test in her teenage years, adding that she did not see anything wrong in it.

Her comments came amid outrage caused by US rapper, T.I. who said that he forces his 18-year-old daughter, Deyjah Harris, to undergo an annual virginity test at the gynaecologist.