Boko Haram: What NAF Jet Did To Insurgents' Gun Trucks In Borno


Daramola added that NAF, operating in concert with surface forces, would sustain its efforts to completely destroy all remnants of the terrorists in the North East. 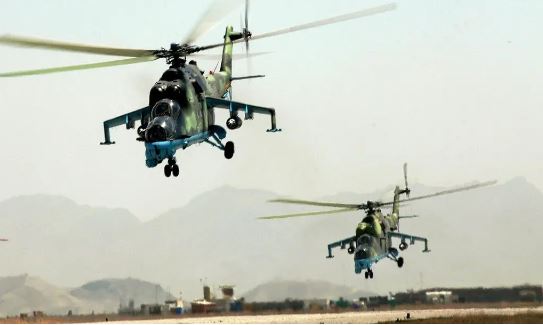 Air Commodore Ibikunle Daramola, NAF Director of Public Relations and Information, disclosed this in a statement on Friday in Abuja.

He explained that this was achieved when NAF Jets and a helicopter gunship were scrambled to provide close air support to ground troops as they repelled a BHT attack on the location.

“The aircraft, upon arrival overhead the target area, tracked and engaged three of the BHT gun trucks that were involved in the attack.

“The attack aircraft engaged them, scoring accurate hits on two vehicles, which were seen engulfed in flames, and neutralising some of the fleeing terrorists,” NAN quoted him as saying.

Daramola added that NAF, operating in concert with surface forces, would sustain its efforts to completely destroy all remnants of the terrorists in the North East.