The former PSG coach failed to meet expectations at the Emirates and his disappointing 18-month spell in charge came to an end on Friday. 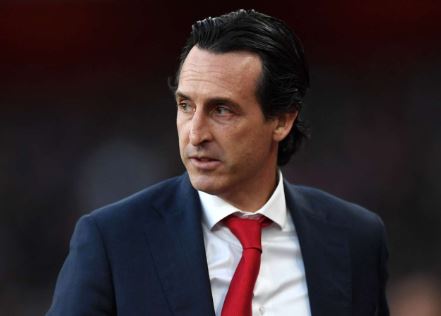 For a few months the signs looked good.

Having arrived at Arsenal with the unenviable task of replacing Arsene Wenger, Unai Emery initially took to the job with impressive ease.

Despite those opening defeats against Manchester City and Chelsea last season, the Spaniard seemed to unite the squad and the fanbase. Performances showed genuine signs of promise and results were good.

Arsenal won 10 games in a row between August and October 2018. The 5-1 destruction of Fulham at Craven Cottage had the travelling fans infamously chanting: ‘We’ve got our Arsenal back.”

The winning streak came to an end at Crystal Palace, but Arsenal continued to pick up results and stretched their unbeaten run to 22 games before finally being beaten at Southampton in December 2018.

It was commendable, but even then when you scratched beneath the surface you could see that all was not as it seemed.

That unbeaten run came with a large slice of luck. The data suggested that it would not continue and that’s how things ultimately panned out.

The way Arsenal ended last season was catastrophic. They somehow threw away a top-four place and then capitulated in the Europa League final against Chelsea. It was a mess and unfortunately for Emery, that form continued into the current campaign.

Thursday night’s defeat against Eintracht Frankfurt in the Europa League means the Gunners have now gone seven games without a win in all competitions - that’s the club’s worst run since 1992.

It left Arsenal with no other option. The truth is that the decision should have been made far earlier.

Emery won 41, drew 14 and lost 23 of his 78 games as Arsenal boss, scoring 146 goals in the process and conceding 96.
And that is how Emery will be remembered. A man who never really knew what he wanted.

He took on Mesut Ozil, banishing him from the squad, only to bring him back in when results didn’t go his way.

It was somewhat ironic that when Arsenal went 2-1 down against Frankfurt in Emery’s final game, it was Ozil he turned to to try and salvage something from the match, immediately bringing the playmaker off the bench.

Granit Xhaka started that game, only a few weeks after Emery had hinted the midfielder may never play for the club again following his spat with the fans during the draw with Crystal Palace.

Emery wasn’t strong enough; he couldn’t see things through and he wasn’t able to win the respect of a group of players who never really bought into his ideas.

He failed to get the best out of £72 million club-record signing Nicolas Pepe. Lucas Torreira’s form has nosedived after being moved out of position and star strikers Pierre-Emerick Aubamayang and Alexandre Lacazette have both been left questioning their futures.
It all resulted in Emery’s position being untenable. He turned up for training at London Colney as normal on Friday morning, unaware of what was to come.

But he was soon told by head of football Raul Sanllehi that his time was up and that Freddie Ljungberg would be leading the session ahead of Sunday’s trip to Norwich.

The decision ends a reign which lasted 18 months. Emery was a workaholic, but that was never going to be enough. He will now go down as a footnote in the Arsenal's rich and proud history, nothing more.