Shocking! Many Cows Electrocuted By A High-Voltage Cable In Delta State (Video)


Many cows have been reportedly electrocuted by a high-voltage cable in a community in Delta state. 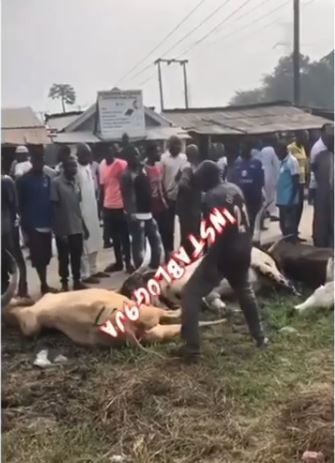 It has been reported that some cows have been electrocuted in a community in Delta state.

A video showing the scene of the incident has emerged on social media startling many people and leaving some persons asking questions.

Local reports show that the cows were killed by a high-voltage cable in the morning of Sunday, December 1, along Uti road, Warri, Delta State.

The incident left many people stunned in the community. Watch the video below: