How 6 Inmates Were Electrocuted, 18 Left In Coma In Ikoyi Prison


One account said the explosion occurred when one of the inmates tried to charge a phone through a faulty charging port. 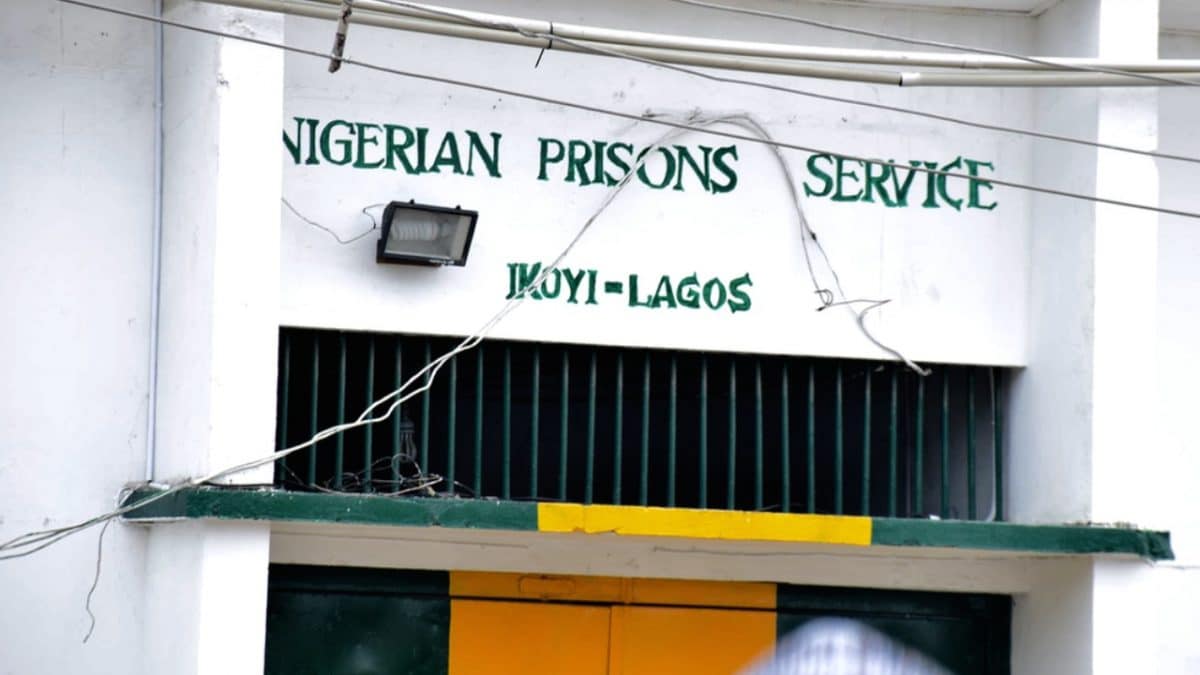 But the Minister of Interior, Ogbeni Rauf Aregbesola, confirmed the death of five and seven inmates with injuries, while inside sources said several other inmates at the center were seriously wounded.

Unconfirmed reports said those injured were still unconscious as doctors were said to be are battling to revive them.

The inmates were electrocuted in their cells, following a power surge at about 7 am.

There were various accounts of how the inmates were electrocuted.

The Comptroller General of Prisons, Mr. Ja’afaru Ahmed, who spoke to newsmen over the incident, gave the number of casualties as five, while seven others were injured.

However, eyewitnesses, who spoke with Vanguard, said six dead bodies were removed from the center after the explosion while many of the injured were taken to an unknown hospital for treatment.

How inmates were electrocuted

Also, one account said the explosion occurred when one of the inmates tried to charge a phone through a faulty charging port.

The connecting cables reportedly went up in flames after a deafening explosion which nearly set the entire center on fire.

However, another account said one of the live wires, abandoned after warders carried out searches inside the cell, Sunday morning, fell on one of the beds from the ceiling and electrocuted the inmates.

It was gathered that before the incident, yesterday, warders had conducted thorough searches inside the general cell to sanitize it based on reports that some of the inmates had been making use of prohibited gadgets such as phones, lap tops as well as drugs.

Sources at the center told Vanguard that during the search, the warders ransacked the  the cells and in the process, many of the electrical cables were either destroyed or disconnected.

According to the source, both the ceiling and rooftops were torn apart in their search for prohibited items in the cell.

He said at the end of the search, the warders left the whole place disorganized.

The source said: “The general cell, which ought to contain only 20 inmates, was housing no fewer than 150 inmates and they are packed like sardine inside the cell. “More casualties would have been recorded but for the fact that it was still early in the morning when about 100 of the inmates were taken out of the cell to various courts.

The live wire was said to have fallen on one of the beds inside the cell, following which the inmates were electrocuted one after the other.

18 inmates are still in coma

“No fewer than 18 of the inmates, who were also affected, are still unconscious in the health center inside the Correctional Center,” the source said.

Meanwhile, the Minister of Interior Ogbeni Aregbesola, yesterday confirmed the death of five inmates, adding that seven others were injured.

Aregbesola, who visited the facility for an on-the-spot assessment, declined to name the affected inmates, since their families were yet to be notified.

The minister said he would probe the incident and that a coroner’s inquest report would confirm the exact cause of death.

He commiserated with the families and pledged to work towards averting a recurrence.

Aregbesola said: “The government of the federation deeply regrets the unfortunate incident. It happened this morning (yesterday) at about 7 am.

“I have gone round to see the cell where this incident occurred and I want to express to Nigerians the deep sympathy of the Federal Government and all of us about the circumstances of the accident that led to some loss of lives in one of the cells.

“I’m going to put together a team that will go into the root of how the accident occurred to ensure that no such thing happens again.

“This is quite sad distressing and disturbing; we pray for the repose of the soul of the deceased. We equally pray that God gives the families of the bereaved the fortitude to bear the loss. The victims’ identities would be publicised after their families are notified.

“We have not yet informed the families of the deceased but that will be done before we make it public.

“The law recommends in this instance a coroner’s inquest which will reveal what the exact cause of the deaths was, but beyond that, we will look into everything about it, the circumstances, the how, why, and generally, cause of this.”

He said President Muhammadu Buhari was” quite disturbed” about the incident and that “it is highly regretted.”

We have overcrowded facility— Controller-General of Corrections

Controller-General of Corrections, Ja’afaru Ahmed, who also confirmed the incident yesterday, said the facility was overcrowded but noted that he could not speculate as to whether overcrowding was a reason for the incident.

Ahmed said: “Our primary responsibility as a Service is safe, secure, humane custody, that’s what I’ve been doing over the years but incidents do happen, even in our homes

“However, because it happened in a government facility, there’s always that perception that the right things are not being done. But these are incidents that always happen in the house. ,

“There was an electricity surge, the cause of which we don’t know yet, we still have to investigate and investigation will reveal the when, how and why it happened. “As I speak to you, we have five inmates that died and seven are in the hospital. I gave you this number because I want to avoid speculation and everybody knows that there is overcrowding in this facility.”

“This facility was established in 1955 for just 800 inmates but it currently accommodates 3113 and out of this number, 2680 are awaiting trial. So, it’s just barely about 400 plus that are convicted felons which the correctional or custodial centre needs.

“We need convicts not awaiting trial persons; we have other facilities where we can move these people to if they had been convicted. We can move them to other centres that are less congested just like the soul prison which has about one.

“As the minister has said, there is a concerted effort on the part of the government, and especially this present administration, to turn around the fortunes of the Nigerian Correctional Services now, starting with a change of name and then, the custodial and non-custodial.

“It is an unfortunate incident, we do not want to lose any more life, we want to return life, even for those who are condemned.”

Centers are headquarters of corruption

Speaking about the tragedy, the National President of Path of Peace Initiative, Lagos, Dandy Eze, stated that Nigerian prisons, which they now call Correctional Centers were not correctional centers.

Eze said: “The centers are the headquarters of corruption in Nigeria. Everything about that place is money. For you to sleep, money, if you are sick, you will have to pay to be taken to hospital.

“Inmates pay double for items and services more than what is obtainable outside the center. So, corruption is rooted there and that is the root cause of such a tragedy.

“How can you rename such a place without correcting the anomalies there? Most of the cells there are overcrowded and the inmates enjoy a lot of liberty. Thank God, most of the inmates inside the general cell were taken to court before the ugly incident took place; otherwise, it would have been a massacre.”

Nigerian Journalist Accuses EFCC Officials Of Breaking Her Gate, Doors And Barging Into Her Home In Abia (Photos)