Ntathu suspected to be from South Africa is heavily endowed frontally but it appears that the gift by providence has ended up as a curse. 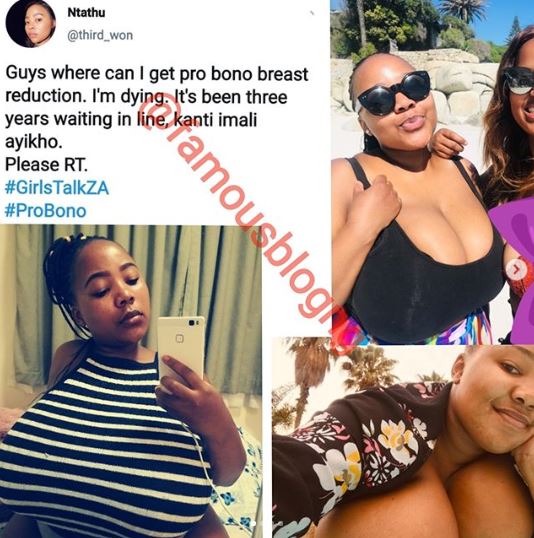 Ntathu once announced on Twitter that she wanted to go for a breast reduction as her body couldn't carry the weight of her mammary glands.

According to Ntathu's account, the breasts were so big and heavy that she had to wear two strong bras to hold them. She later developed some health problems due to the pressure the breasts were exerting on her stomach.

For three years, she tried to raise money through crowd-funding but recorded limited successes. She took her story to Twitter and the gist went viral with many lusting after the gigantic boobs.

She recent announced that she underwent a surgery and the size of the breasts has been drastically reduced. Several ladies have also shown interest in the breast reduction surgery in recent times and it's deemed expensive. 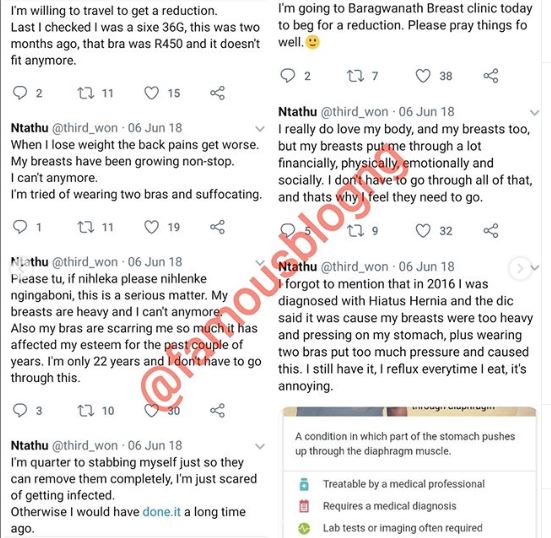 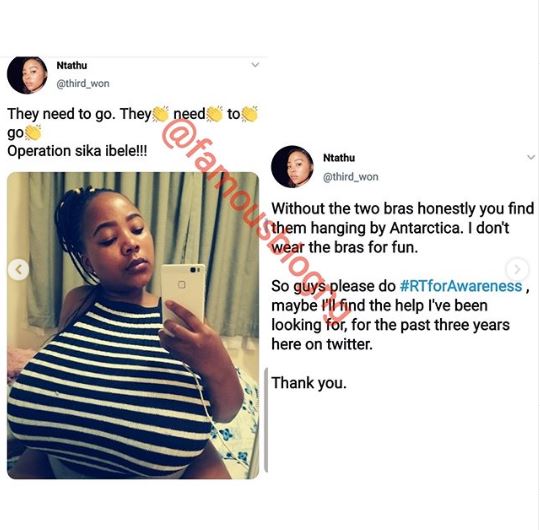 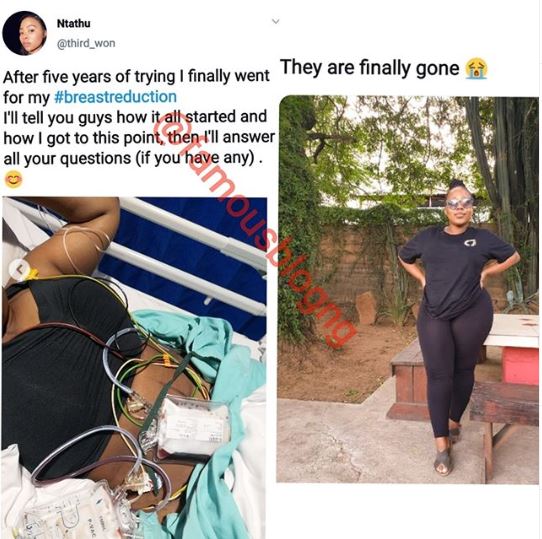