A Nollywood actress has been trolled for allegedly appearing trashy after photo of the outfit she wore to an event surfaced online. 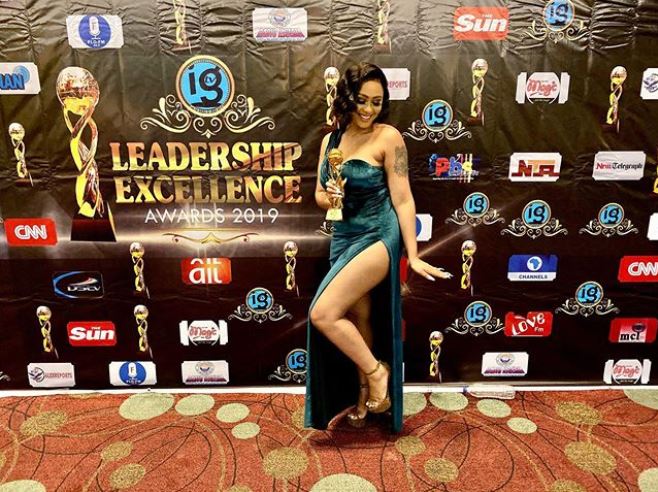 Rosy Meurer
Popular and controversial Nollywood actress, Rosy Meurer has been bashed on social media over the outfit she wore to an event.
Many accused her of wearing a 'pantless' outfit as such placed no regard on her body.
Meurer who was the Lead Actress in the Nollywood blockbuster, 'Merry Men: Yoruba Demons', had posted some of the pictures in celebration of an award she recently bagged.
Recall that she was on Thursday named "Best Actress of the Year (2019)" in the just concluded Leadership Excellence Awards.
The event organized by Igbere TV, held at the Sheraton Hotels and Resorts, Abuja, on Thursday November 28. 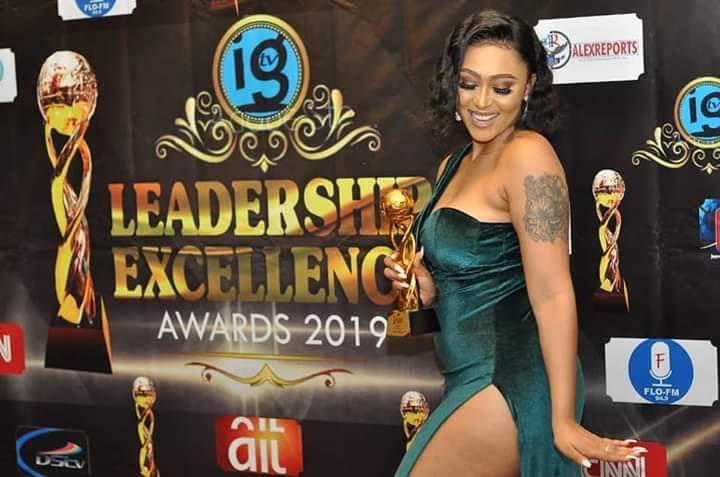 Nigerians have lashed out at the actress, with many questioning her character following her choice of dress which "exposed too much flesh including her thighs."
Here are some comments garnered from social media:
Okuwe Richard Chukwunonso: Her body worked hard for the award. More advert lady I hope you find customers.
Oluchi Okanumee: Nawaaaaa oooo, this cloth is just inviting demon, and when it comes don't run.
Chinnybliss Chukwu: This girl no carry her body dey do anything again. Just look at what she's wearing.
Osita Anyanwu: I see we are heading to a generation were been naked is the order of the day. Old woman like this half naked on stage. 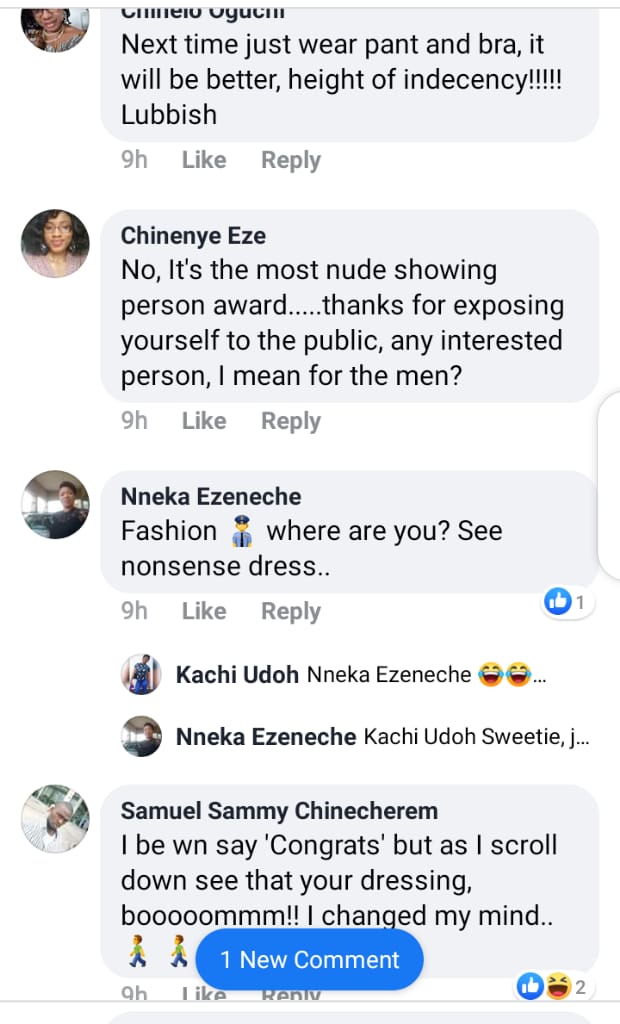 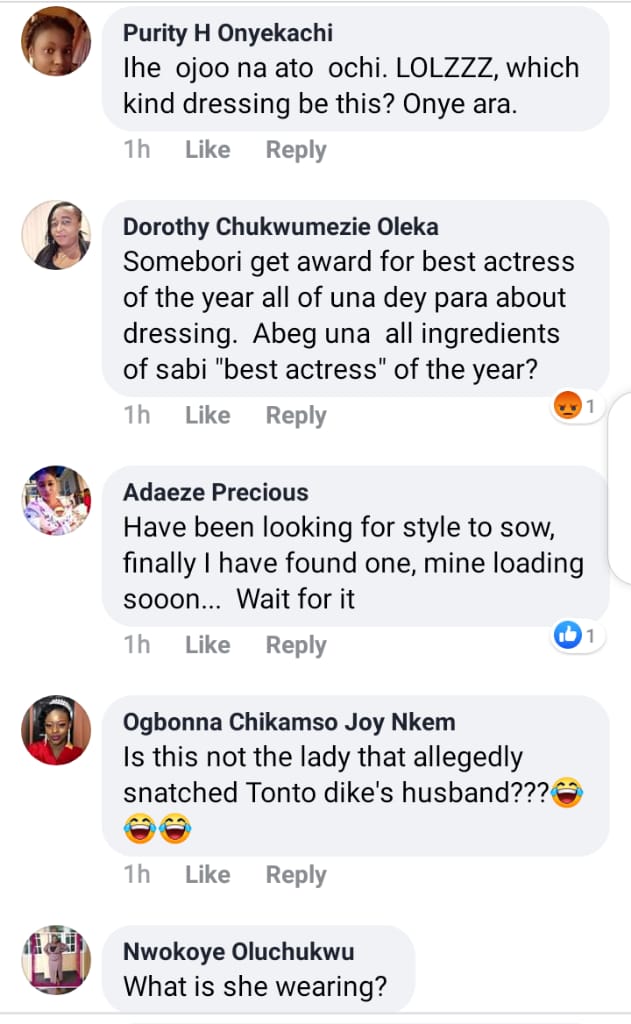 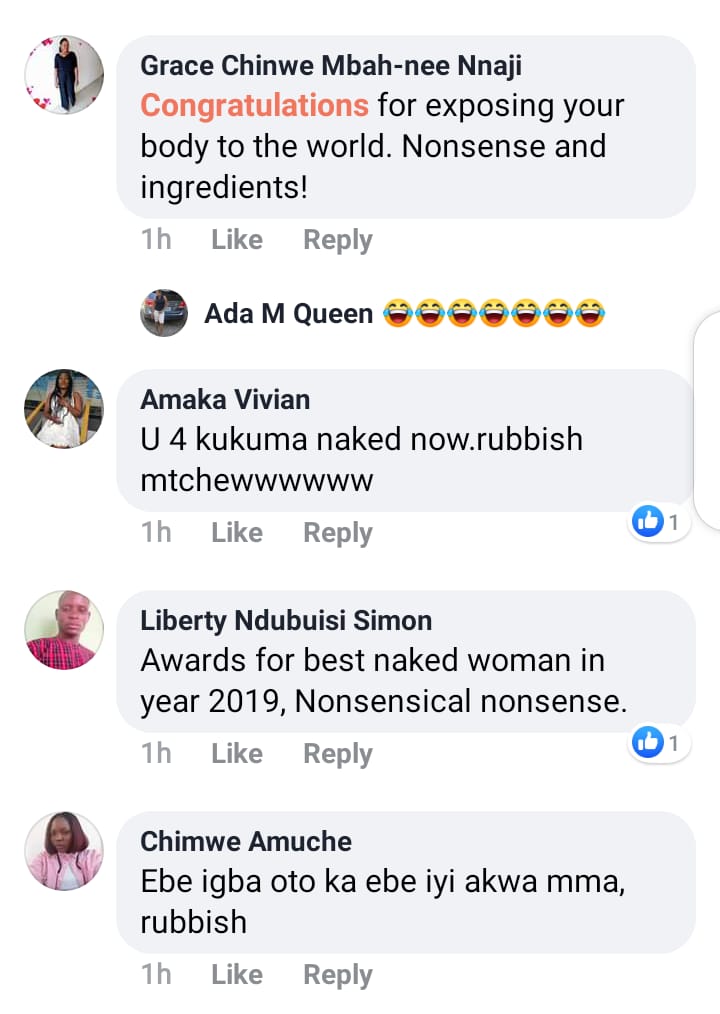