A housekeeper has been nabbed after allegedly adding sniper to a 93-year-old woman's tea in Lagos. 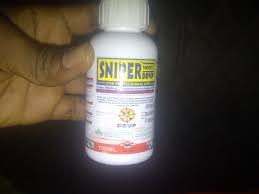 The police have arrested a Beninois teenage housekeeper (name withheld) who allegedly attempted to kill a 93-year-old woman by adding a substance suspected to be sniper insecticide to her tea.

The Spokesman for the Lagos State Police Command, DSP Bala Elkana, confirmed the arrest to the News Agency of Nigeria (NAN) on Tuesday.

He said that the suspect was employed by the daughter of the nonagenarian, Madam Christiana Ogunshina.

According to him, the alleged incident occurred on Saturday at 11 Ajayi St., Mende, Maryland, Lagos State.

The spokesman said that the old woman lived in same building with her daughter, who always instructed the housekeeper to stay with her mother anytime she went to work.

According to him, the employer lived downstairs while her mother lived upstairs of a story building.

The image maker said that the suspect went upstairs to stay with the old woman on Friday as usual and met her preparing tea in her sitting room.

He said that the woman closed the tea cup for a while and went into her bedroom.

Elkana said as soon as the old woman left the sitting room for the bedroom, the suspect opened the cup and added a substance.

According to Elkana, the nonagenarian’s domestic servant who was working in her kitchen came to the sitting room and saw the suspect adding the substance, and reported to the old woman, who threw the tea away.

He told NAN that the woman’s son, Abayomi Ayobami, reported the case at the Anthony Village Police Station at 1.00p.m. on Saturday.

“The police visited, searched the house, arrested the suspect and recovered an empty mug of the suspected poisoned tea.

“The suspect confessed to the offence.

“She alleged that the old woman always shouted at her; she said she was tired of her tantrums, so she decided to poison her tea that day.

“She laced her unsuspecting victim’s usual morning tea with sniper (Dichlorvos or 2,2-dichlorovinyl dimethyl phosphate) but the victim was smart enough not to drink it. She will be charged to court soon,’’ he said.