Horrific! Parents Who Raped Daughter And Plotted To R*pe Their Unborn Baby Jailed For Life


Horrible parents who handcuffed, beat and raped their toddler daughter and also shared twisted plans to do the same to their unborn baby in online messages have been sentenced to life imprisonment. 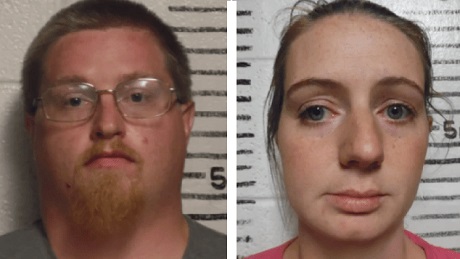 An ‘evil’ pedophile couple who raped their two year-old daughter and plotted to rape their unborn baby have been jailed for life Gerrad Coddington, 25, and Christina Nelson-Coddington, 29, of Pauls Valley in Oklahoma, were handed whole life terms for sex crimes against children on Monday.

They will never be given the chance to apply for parole. They handcuffed, beat and raped their toddler daughter, and shared twisted plans to do the same to their unborn baby in online messages.

He said: ‘These two individuals engaged in horrifying acts of abuse and violence with innocent children… ‘The actions of these two individuals, with regard to the children who were subjected to these horrific acts, unconscionable, unforgivable.

Hunter added: ”These are evil people who presented a danger to society. I commend Judge Edwards’ decision to hold them accountable to the fullest extent of the law.

‘I applaud the investigators with the National Center for Missing and Exploited Children, the investigator in my office with the Internet Crimes Against Children Task Force and the attorneys who worked on this case to achieve a successful result.’