Ex-Governor Akala Reveals The Amount He Earns As Pension Monthly


The social media was saturated with the claim that the former Zamfara State governor had expressed his misgivings over the non-payment of his entitlement. 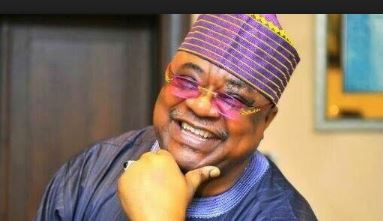 Former governor of Oyo state, Adebayo Alao-Akala, has described as shocking and unrealistic rumour making the rounds in some quarters that past governors in Nigeria receive jumbo pension running into millions of naira.

The former governor also said that the claim by some elements that former Zamfara State governor, Abdulaziz Yari, wrote his successor, Bello Matawalle, to demand payment of outstanding N10 million monthly pension may be a figment of some people’s imagination after all.

The social media was saturated with the claim that the former Zamfara State governor had expressed his misgivings over the non-payment of his entitlement in a letter dated October 17, 2019, saying that he had only been paid twice since he left the office.

Citing the case of Oyo, he said: “I was a former deputy governor and a state governor. I want to tell you that I don’t know where those people got that information from and I saw the letter but I don’t know if he was the one that wrote the letter.

“I doubt whether he has denied it too but I don’t think it is correct; it is not possible. Not even Lagos state can pay that amount to any former governor. Let me tell you what I know: Every four years, they supposed to change our car.”

“My reply to this is that authoritatively as a former governor, I am not on this package. People must have been looking at me and other ex-governors and say that we are stinkingly rich. I collect less than a million naira a month as pension. I think it is about N700,000, I won’t lie to you. In that amount, allowances for the cook, the gardener and the security man is embedded.

“In fact, on assumption of office Makinde said that he thought his money would be about N5million. He donated his monthly salary to the pensioners… Of course, we are not in government but whatever is his salary is the same as our salary.

“The question is that is the present governor of Zamfara taking N10m? It is a constitutional matter; you cannot take money outside that law. It is a lie. No house is built for any governor in Oyo state.

“Some states build houses for past governors but we don’t have that law in Oyo state,” he said.