A US Senator has denounced the actions of the Nigerian Department of State Services (DSS) for rearresting the RevolutionNow protest leader, Omoyele Sowore. 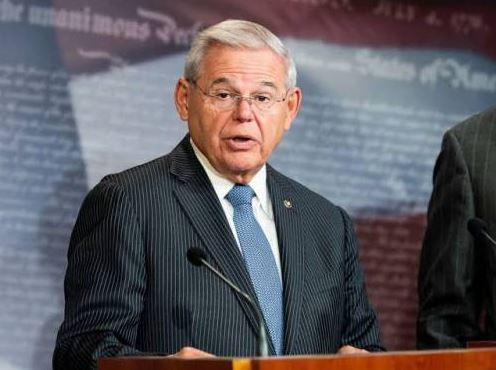 Sowore, who was first arrested on August 3, 2019 by operatives of the Department of State Services for calling on Nigerians to take to the streets in peaceful demonstrations but only released on Thursday evening despite two court orders directing his freedom much earlier, was rearrested on Friday by the DSS.

In a statement on Friday, Menendez, who had been involved in attempts to pressure the Nigerian Government, promised US intervention in the matter over Sowore's case.

He said, “I am outraged by the blatant harassment of Omoyele Sowore, an activist and journalist whose only crime appears to be exercising his right to free expression.

“In a concerted effort to secure his release on behalf of the Sowore family living in New Jersey, my office has been working closely with the State Department as Mr Sowore’s case languished following his arbitrary arrest back in August.

“While we continue to seek immediate answers about Sowore’s treatment and conditions in jail, I will be further engaging directly with US Ambassador, Mary Beth Leonard, in Abuja to raise this case at the highest levels of the Nigerian Government so that the Buhari administration gets the message that we are committed to defending Sowore’s rights and securing his release.

“This blatant miscarriage of justice is symptomatic of closing political and media space in Nigeria.”