The wife of the detained Nigerian journalist, Agba Jalingo has spoken up about her ordeal and what her husband told her before his detention. 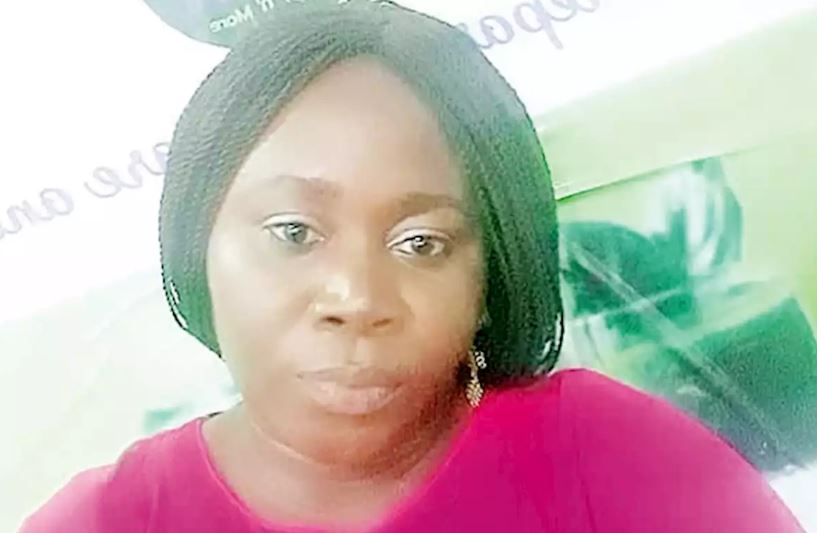 Mrs Violet Agba, wife of detained journalist and human rights activist, Agba Jalingo, who is facing trial at a Federal High Court in Calabar, Cross River State, for alleged treasonable felony, speaks with ADA WODU about the travails of her husband

How long have you and Agba Jalingo been married?

Your husband is being tried for treasonable felony after being arrested and detained by the police for a long time, how have you been coping?

Since his detention, it has not been easy but God has been faithful to me.

Where were you when he was arrested?

I was with him in the house when the men (police) came to arrest him. When I asked them who they were, they told me they were policemen and that my husband had a case to answer in Calabar. And when I asked them for his arrest warrant, their response was that I should go and relax and that they didn’t have any business with me.

How would you describe the arrest, especially as he was charged for treason following allegations of corruption he levelled against the Governor of Cross River, Ben Ayade?

I will say my husband, Agba Jalingo, was abducted because the men were not in police uniform, and neither were they with an arrest warrant. I will describe the arrest as illegal. It is also an illegal detention and abuse of state apparatus by Governor Ben Ayade of Cross River State.

Do you think there is any justification for him to have been held for this long?

There is no justification for his continued detention because even if my husband’s publication where he asked the governor to account for the N500m belonging to the Cross River State-owned microfinance bank was false, my husband, Agba Jalingo, should not be charged with treason because the matter ought to be a civil matter.

How did the whole matter start between your husband and the governor?

My husband is in the best position to say how it happened from the beginning.

Have you been able to talk to him since he was arrested?

I visited him in prison, so we talked.

When was the last time you saw your husband as a free man?

And what was the last thing he said to you or that you said to him before then?

The last thing he told me was not to worry, that this shall end in praise.

Do you believe that your husband was fighting for justice?

Why do you think he is being victimised out of all the journalists in the state? Is there something else?

I can’t really say I know why, or maybe because he is the one asking the right questions. Maybe other people have not asked questions bordering on the state’s resources.

What has been your experience with friends and outsiders since his ordeal started?

Has there been any discouragement from some quarters?

No. Rather, we have been getting encouragements.

Have elders in Obudu intervened, since the governor and your husband are kinsmen?

They are kinsmen. You know that me, I am a wife. I am from Delta State. Let me say I am from the Niger Delta, because my father is from Delta State, my mother is Ijaw and I was born in Port Harcourt and my husband is from Cross River State. So I would say I am from Niger Delta, but when you talk about Obudu, I am a wife. Though they have been doing their own stuff and all that, I would not want to dabble into it. You need to talk to Obudu people.

How soon do you think he will be released?

I want him to be released as soon as possible. The court is just adjourning. There is nothing Agba Jalingo has done that will warrant him to be in prison. He only asked a question. He asked the governor to be accountable and it is the duty of a journalist to inform the people, to ask questions that other citizens will not be able to ask, coupled with the fact that he is also an activist.

I don’t think he asked a personal question. He didn’t ask Ayade how he was spending his personal resources. He only asked about the state’s resources.

Have you read the charges against him? Do you think, as they said, he wants to topple Cross River State Government?

Do you regret marrying an activist?

So I love my husband for that. I love him for who he is. I have no regrets. My husband is a lovely person. For those around him, for those that have worked with him, they know that Agba Jalingo is a lovely person. It is only those people that do not like his face and are not sincere that have issues with him. Agba Jalingo is a clean person. He is somebody who wants every person to be happy. Even if he is not benefitting from it, if everybody is happy, he is happy. Your happiness is his happiness. Community’s happiness is his happiness. That is who Agba Jalingo is.

Do you think that your husband will get justice?

My husband will get justice. Lies cannot cover the truth. I believe that Governor Ben Ayade is behaving like an ostrich about Agba Jalingo’s freedom. He should free himself by freeing Agba Jalingo. That is all I have to say.