The Vice Chancellor of Babcock university has said that the expulsion letter which he signed against the girl in the viral s*x video was done in tears. 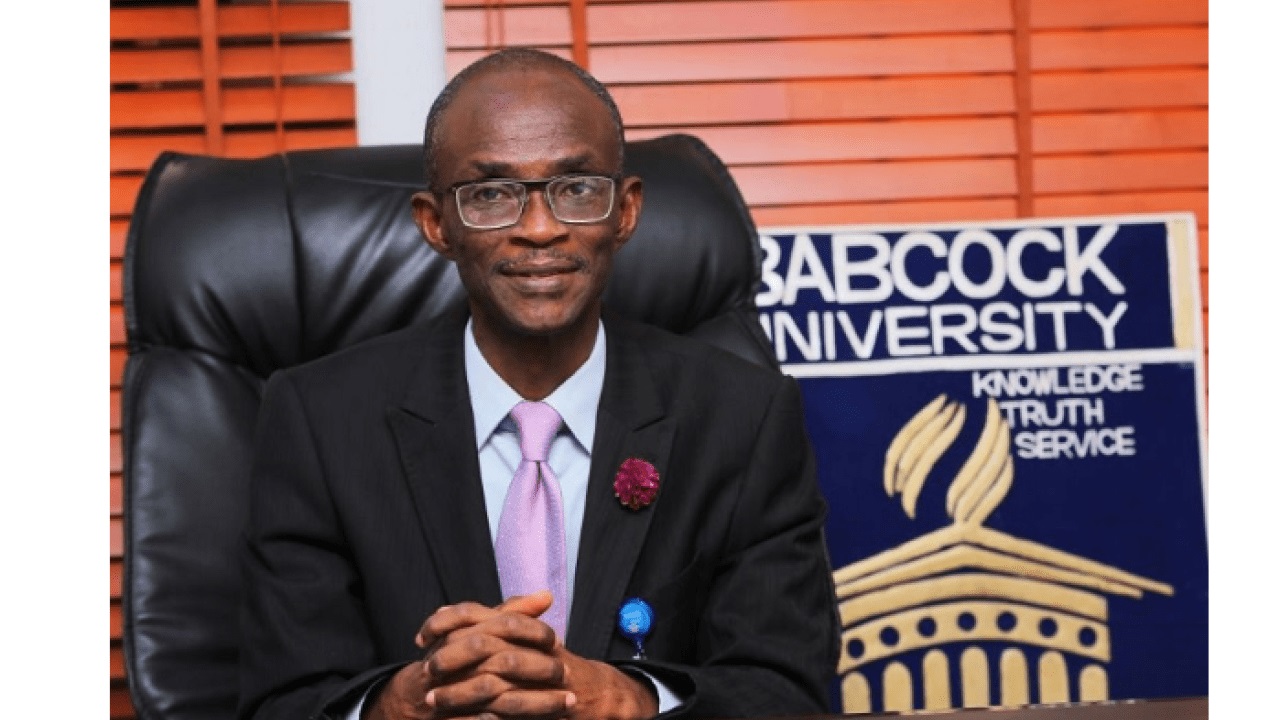 The President and Vice-Chancellor of the Babcock University, Ilishan-Remo, Ogun State, Prof. Tayo Ademola, said he shed tears while signing the letter of expulsion of the female student having sex in a viral video.

The vice-chancellor said this on Sunday during a media parley held on the school premises.

He, however, said both of them had been expelled even as he maintained that the act did not take place on Babcock premises.

The girl in the video was a 300-Level student of accounting at the time the video was released but the management said she had been expelled since the video leaked in April.

Ademola said the management decided to expel her to protect the reputation of the faith-based university.

He said, “I signed it (the expulsion letter) with tears in my eyes, as a responsible father, I want to tell you, we are not leaving this young lady to her doom.

“The pastor called me last week, I prayed with the family, the father called me and said pray with your daughter.

“So I look forward to a time when this young lady will graduate and will be celebrated…It may not be here and I don’t know where but we are not throwing the baby away with the bath water.

“I just want to say that Babcock is based on love but love has two sides, the sides of discipline and mercy.”

The vice-chancellor, however, gave a hint that the expelled student might be readmitted if she fulfilled some conditions.

He said the management had once readmitted about two expelled students after they had undergone the process of rehabilitation and came back like prodigal sons.

Asked whether the school would readmit the girl, Ademola said, “If God doesn’t write off everybody totally, why not?  But, I am not giving any guarantee of her coming back. There are a series of examinations that we have to do to be sure that everything is alright before that.

“We have some students who have been expelled before now that are back on campus, so, her case is not hopeless, but some conditions must be met before such could happen.”

He, however, appealed to the media to ensure they balance their reports as their profession demanded.