He insisted his safety-first approach had been the right thing to do, even though it led to a fight with few highlights. 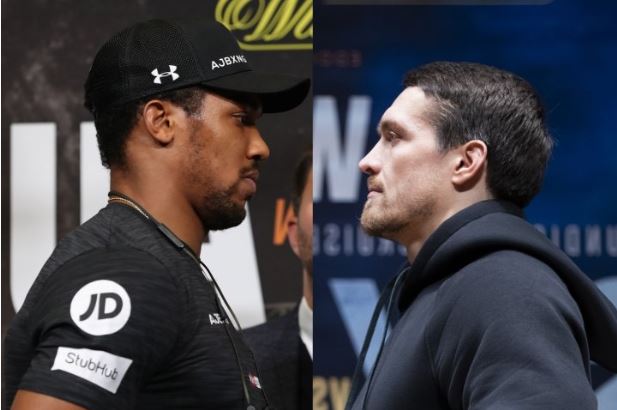 Anthony Joshua says he will be back in the gym before Christmas after regaining his WBA, IBO, WBO and IBF heavyweight titles by a wide unanimous points decision over Andy Ruiz Jr in Saudi Arabia.

Joshua said he would only take a short holiday before going back into training, hinting that he had neglected his craft in favour of commercial activities ahead of his loss to Ruiz in June.

He insisted his safety-first approach had been the right thing to do, even though it led to a fight with few highlights.

“I just do it for myself,” he said. “If I box for the crowd, box for people’s opinions, I might not have been victorious tonight. I boxed to my own game plan, trusted my own process, followed my own instincts and now I’m champion.

“Maybe I could have done more at times but sometimes simplicity is genius. That was the motto. Keep it simple because it is going to lead to a genius performance. I outclassed the current champion.

“I took it back to the old school, 70s style, boxing sweet science, hit and don’t get hit.

“There was a time when I looked into Andy’s eyes and wanted to put my fist through his head. But then I thought to myself ‘this is boxing, I need to win for myself and show people this is the sweet science of the sport as well’. It’s not a script, it’s not wrestling. This is real life, it’s dangerous. I had to box to my plan. My coaches devised a great strategy. I followed it through.”

After being told that the WBO had ordered him to face Oleksandr Usyk with 180 days, Joshua said that would be happy to oblige.

“Let’s rock and roll then, no problem,” he said.

The belts came home tonight. But like I always say, I am only champion till the next time I go out. It’s an interesting time in the heavyweight division. Deep down in my heart I am chilled, calm and collected. I believe in myself.”

He also said he would be keen on a fight with Deontay Wilder to unite all the belts, although he declined to use Wilder’s name. “I would love to,” he said. “It’s hard, it’s difficult. We’ll see what happens. I realise that chasing that fight wasn’t playing to my benefit so I will let the path take its course. When the opportunity presents itself to become undisputed heavyweight champion of the world you know me by now that I’ll step up to the challenge.”

What makes Poker so easy to learn?
Recent Stories