Joshua Very Confident He Would Beat Wilder And Fury


Now Joshua has two mandatory defenses at his feet, as the IBF want him to face Kubrat Pulev and the WBO ordered him to fight Oleksandr Usyk. 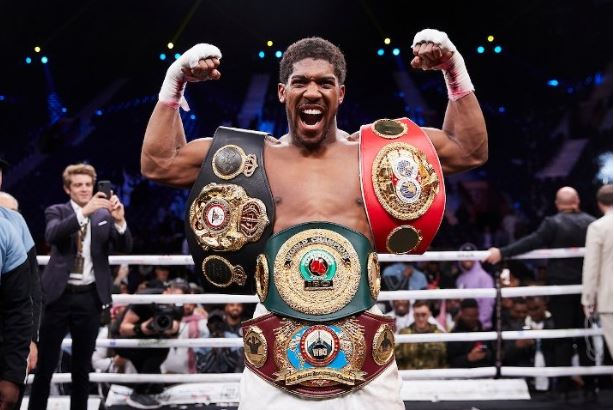 Wilder and Fury are slated to face each other in a high profile rematch in February.

Joshua reclaimed his four world titles on Saturday night, when he pulled off a twelve round unanimous decision over Andy Ruiz in the rematch, which took place in Saudi Arabia.

Now Joshua has two mandatory defenses at his feet, as the IBF want him to face Kubrat Pulev and the WBO ordered him to fight Oleksandr Usyk.

But Joshua would love to get Wilder or Fury in the ring.

"I would love to make that my next fight. I'm taking it one step at a time. Whenever they are ready, they know where to find me," Joshua told Good Morning Britain.

"I'm not a running champion, I'm someone who will fight the best in the world. Deontay Wilder, Tyson Fury are those guys. I would love to have the opportunity to either beat Deontay Wilder or beat Tyson Fury."

On the back of his redemption victory, Joshua feels confident he could topple Wilder or Fury.

"I believe I have their number, because I can display a variety of skills when it comes to boxing."

As BoxingScene.com previously reported, Joshua is likely to fight in Tottenham Stadium next, on a date in May. And Pulev is currently the frontrunner to face him.

“Tottenham Hotspur is a nice new stadium for a UK fight and we’re having a look at that. We have spoken to Spurs about doing it and they were very keen to host the Ruiz fight, but the dates did not work out. They are very keen again and it would be a nice London stadium to do it in. We’ll speak to the governing bodies, see who wants to go first and take it from there,” said Eddie Hearn, promoter for Joshua.