The french embassy in Lagos was flooded with protesters asking for the French government alongside other foreign governments to help Nigeria combat terrorism. 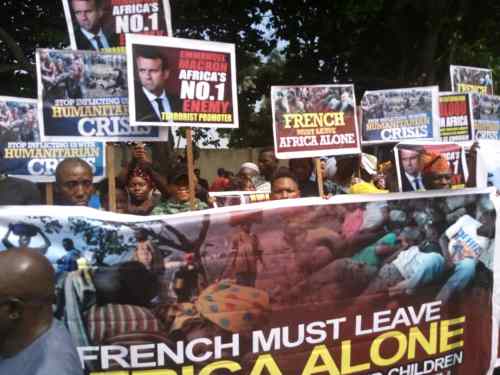 Some protesters stormed the French embassy in Lagos on Monday, urging President Emmanuel Macron to support Nigeria’s fight against terrorism.

The protesters were led to the French consulate by a civil society organisation, Africa Liberation Vanguard.

They lamented the recent attack in Cameroon, where Boko Haram abducted 18 people.

According to them, Nigeria needs the support of Macron and other world presidents to combat terrorism.

This, they said, could be done through the investigation and blockage of sources selling arms to the terrorists.