This is a profile of some of the top ten English Premier League managers of the past decade. 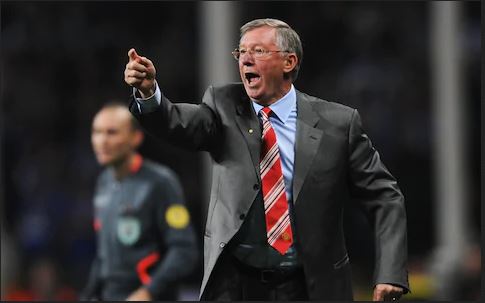 The English Premier League overtime has attracted managers from all over the world, with their varying tactics and styles.

Here is a top ten list for the best premier league managers in the last decade:

It may change come May, but Eddie Howe can claim something almost all of his closest contenders for this spot cannot: he has, in a Premier League since, never failed.

The decade began with Howe and Bournemouth scrapping for promotion in England’s fourth tier and will end with a battle against relegation from the top flight. Neither manager nor club have been without their faults.

But he is currently the longest-serving Premier League boss, second in the Football League, and a regular refrain when the name of a young English coach needs to be tossed at an elite club. It does him no disservice to say he has never performed below expectations since promotion in 2015, whereas others experienced higher highs but considerably lower lows.

Two men will have started and ended the decade as Premier League managers. Steve Bruce has a Sunderland sacking and Hull relegation to his name. While Liverpool ensured Roy Hodgson can relate to the former, he is yet to have experienced the latter in England.

He probably never will; one of the favourites to fall this season is level on points with Arsenal and has Jordan Ayew as their top scorer. Such is the power of Hodgson, it somehow seems less surprising each week.

Crystal Palace, who it should always be remembered had lost their first four games without scoring when he was appointed before finishing 11th, does not even constitute his best work. Nor too West Brom, who he took to 11th and 10th after being appointed with them in 16th. The less said about Liverpool the better. But even they were impressed with a phenomenal Fulham journey that narrowly bled into this decade. The 2010 LMA Manager of the Year took the Cottagers within four extra-time minutes and a Diego Forlan of a potential major European trophy. That is not normal.

With at least 151 more Premier League points than any other manager this decade, it is difficult to ignore Arsene Wenger. It is similarly tough to quantify his achievements in the weakest of his three decades in England.

Wenger finished anywhere between second and fourth from 2010 to 2016, a streak that was snapped by his final two seasons in charge. Any evaluation of his work has to be qualified by the fact he came fifth and sixth thereafter as his powers waned. But there is much to be said for longevity in such an unforgiving and scrutinised position: his successor lasted barely 18 months.

His greatest achievements undoubtedly came in the 1990s and 2000s, while his heaviest defeats were almost exclusively suffered in his final years. It speaks volumes of his brilliance – and perhaps the Premier League’s transience – that he still ranks among the best of the period.

Let’s address the elephant in the room before it starts breaking everything and the RSPCA are alerted: he contributed heavily to Fulham’s relegation last season. And the calf is here to remind us that he managed in the Premier League for 22 months of a possible 120 this decade. But he could have taken a club down to League Two, appointed Andrea Bocelli as its chief scout and renamed their the stadium the Dilly Dong Den and his Leicester miracle might still have outweighed that adventure.

Imagine Bournemouth sacked Howe in the summer after an unsavoury situation involving his son at the end of a season in which he referred to a journalist as a flamingo and almost strangled Robert Snodgrass. Now imagine they appointed Attilio Lombardo and helped Steve Cook lift the damn league title.

Leicester had just finished 14th in May 2015, having escaped almost certain relegation, before parting ways with Nigel Pearson. Claudio Ranieri was given next to no chance of survival either in the job or the league itself as his successor. He fed them pizza, rang a bell and called Jamie Vardy a w*nker as he took a provincial – and historically second-division – club to unfathomable championship glory.

He should really have retired there and then, as straightforward a notion as that is in hindsight. But what followed was barely a tremor in comparison to the initial earth-shattering achievement. It can – and should – never be downplayed.

Ask Sunderland how sensational his Swansea side were in 2012; the 47 points he garnered in their first Premier League season would be bettered just once in six more campaigns in south Wales. And as crushingly disappointing as his Liverpool reign ended – they lost 6-1 to Stoke four and a half years ago! – it really was quite spellbinding at one point.

Rodgers even managed his top-flight break and eventual return impeccably, allowing the dust to settle at Anfield and walking into a job and a situation most coaches would envy, just as absence had finally started to make the heart grow fonder. Leicester was the completion of his perfect hat-trick.

There remains one foolproof safeguard against Premier League relegation. Mark Hughes will protest, but QPR and Stoke were covered in his fingerprints as they fell back down to the Championship. Tony Pulis and Alan Pardew similarly smudged their records at West Brom. Sunderland put paid to the David Moyes guarantee – although he did guide Manchester United clear of the drop.

Sam Allardyce is therefore alone, striding gloriously from the burning ruins of a panicking top-flight club with a pint of wine in one hand, an exorbitant compensation package in the other and a talkSPORT microphone thrust in his general direction.

At Blackburn he finished 10th and was sacked in December 2010 with the club in 13th; they would finish 15th and be relegated the following season. He was parachuted into Championship West Ham, earning promotion in his first season and placings of 10th, 13th and 12th in the Premier League.

Then came something of a paradigm shift: Allardyce as the mid-season saviour. He guided Sunderland to 17th from 19th upon his October 2015 appointment, took Crystal Palace to 14th from 17th upon his December 2016 arrival, and carried Everton to 8th from 13th when the Toffees found themselves in a sticky situation in November 2017.

It is a shame that such unerring managerial consistency is undermined by equally dependable small-mindedness – “The best way to get a Premier League job if you are British is to change your name to a foreign name,” says former England head coach and only man to be appointed by seven different top-flight clubs – but his credentials are undeniable.

It is worth reexamining the media reaction to Jurgen Klopp’s Liverpool appointment. ‘The charismatic Indie Jesus’ had landed, evoking ‘memories of Clough’ and ‘laying down the law’ as ‘Sheriff Jurgen’.

The football lexicon is a strange one.

But the fawning was even more peculiar. Here was a German who had never played for or managed at a club outside of his native country, an exuberant eccentric with a self-styled philosophy, who had flirted with unmitigated disaster in his most recent season. Yet the questions and critics were not forthcoming. Far more important was to work out which ‘One’ he was.

The disparagers did eventually emerge; it is not long ago that Klopp was a bottler of finals and believer in terrible goalkeepers, a coach on a par with David Moyes. Times change.

There are trophies to match the talent, club-record runs to complement the character and a cult following to rival any world religion. That is what going from Connor Randall and Jerome Sinclair on the bench to European champions and runaway Premier League leaders in the space of four years will do for you.

Right, so Santiago Munez can overcome a difficult upbringing, his father’s pragmatism, that Hughie McGowan, predatory reporting from The Sun and asthma, and you’re telling me Pep Guardiola hasn’t had an influence on English football?

He showed us that boundaries can be broken in an arena where they were previously considered indestructible. He challenged perceptions and misconceptions. He made the impossible probable. He taught us the insignificance of coaching tackling – and, latterly, its importance. He dropped 14 points in a league season with Fabian Delph as his first-choice left-back, then 16 the next with Oleksandr Zinchenko in the role.

Guardiola has his detractors, his time in England has done little to dispel disappointment on the European stage, and his first and current campaigns have shown vulnerability and fallibility. But for two seasons, he bent an uncooperative, dismissive and snobbish Premier League to his will.

Those are extreme examples, but it is not as if they were alone. “There’s only one Nigel Adkins” was the chant that echoed around St Mary’s at Pochettino’s first game, a 0-0 home draw with Everton. He was made to wait two more matches for his opening win as a Premier League manager: beating reigning champions Manchester City 3-1 lit a fire that would burn almost constantly for the rest of the decade.

Pochettino finished eighth in his only full season on the south coast, representing what was then Southampton’s best Premier League finish. Tottenham were just two places higher but the Argentine saw the potential for a beautiful union.

Twice Pochettino was charged with revitalising what had gone stale by offering continental instead of full English. He left both in considerably better states than he found them in. What does he know about our game indeed.

It can be viewed through the prism of either Manchester United’s success with him or their struggles without. The journey might differ but the destination is the same: the best Premier League manager of the 1990s and perhaps even the 2000s has somehow carried that crown in the 2010s.

Sir Alex Ferguson won two of the four Premier League titles available to him this decade, losing the other two by a single point and then on goal difference. Guardiola is the only other manager to win multiple championships since the beginning of 2010; he did not do so with John O’Shea or Danny Welbeck in his ranks.

“I don’t know if the players are good enough,” said Gary Neville last year. “I haven’t got a clue.” It became a routine line of argument in partial defence of Jose Mourinho and, more recently, Ole Gunnar Solskjaer: a suggestion that the squad was simply so weak that a manager, a coach, could not possibly be expected to succeed. No such excuse was made for Ferguson when it came to Anders Lindegaard or Phil Jones because it was not required. The Scot routinely extracted performances from more limited players through the power of personality and underrated coaching acumen.

That was his strength. Ferguson still relied on individual brilliance in a team environment at times – Robin van Persie, anyone? – but the lines throughout his squad were blurred. Anderson started almost as many Premier League games (14) as Paul Scholes (16) in 2010/11, while Tom Cleverley was their second most-used central midfielder in 2012/13.

Ferguson never finished lower than second this decade; United have finished as high as second just once in the six seasons and four managers since he left. His is enduring excellence that looked impressive then, and even greater in hindsight. It’s just a real shame he didn’t get to work with Ed Woodward.