A woman has shared a video after finding out that her bestfriend of 14 years has been stealing from her. 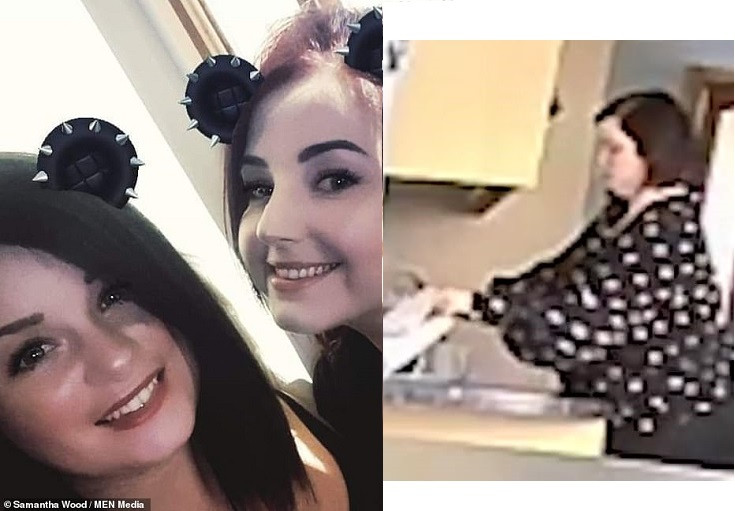 Samantha Wood and her best friend
A 14-year-old friendship has been ruined after a struggling single mother caught her best friend stealing money from her purse in her own home after she set up a secret camera in the kitchen, according to a report by Dailymail.
27-year-old Samantha Wood of Hedon, Hull, said she was left heartbroken and brought to tears after her friend Melissa Collier, 28, was seen reaching for her purse to steal money from her.
According to Ms. Wood, she set up the camera after she noticed money from her savings jar and her nine-year-old son's piggy bank had gone missing.
Ms. Wood said: 'That day she acted like nothing had happened. She told me she had made me a cup of tea, like she had done me a favour, but she had just stolen from me.
'I cried when I watched the footage, it was heartbreaking. This was my best friend who I was helping and she was stealing from me, it was such a difficult process.
'I'm a single mum and she knew I was struggling myself. She was my best friend, I confided in her in everything and then she was stealing from me.

'She left me in a position where I couldn't afford my bills. I loved her like a sister and she has not once cared about how her stealing from me was going to affect my ability to pay my bills or for my son Lucas.'
Ms. Wood, who runs a cleaning business, said she noticed money disappearing last Christmas and said her savings dwindled from £200 to £40. As she grew suspicious of her friend, who she chose not to confront, she bought a camera to catch whoever it was in the act.
Afterward, she caught Collier stealing money and hid it in her bra as she made a cup of tea in her kitchen. 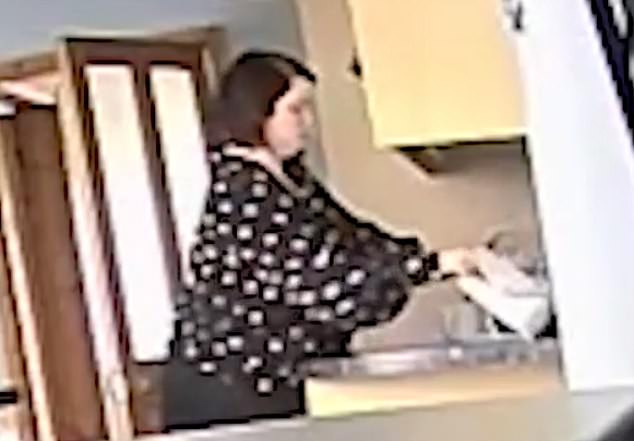 She said: 'I thought 'am I losing my mind?' I just didn't want to lose a friend, therefore I was just telling myself I must be losing this money, I must be being irresponsible, am I spending it and not realising?
'What hurts the most is that she didn't need the money, she wanted the money. She had no reason to do it, she had a full time job.
'She just got greedy, she was spending her own money, but still wanted to go out, buy clothes, have takeaways and didn't have any money left from her own wages so she just took mine. She was getting her nails done and going for weekends away.'
Ms. Wood reported the incident to Humberside Police and her friend has since been arrested.
According to the mother of one, Collier has sent her dozens of messages to offer her apologies, saying she 'didn't think she would ever get caught'.
She wrote: 'I'm so sorry, I know you've contacted police and got evidence. I should've stopped I know I should but I was struggling so much.
'I know I've taken money I'm sorry, I know it's not easy for you and I'm taking money not just from you but from Lucas too, I am so sorry Sammy.
'If I am being honest Sammy, I didn't think I would get caught, I know that sounds awful and disgusting but I was being selfish and thinking of myself.
'I'm sorry Sammy I honestly didn't mean to hurt you. I thought I would stop too but I couldn't.
'I am sorry Sammy, I know you struggle and I shouldn't have taken money from you and Lucas for that matter. Like I say I was being selfish at the time. I should have stopped a long time ago but I couldn't get a grip of it.'
At a hearing at Hull Magistrates Court, Collier pleaded guilty to one count of theft and five counts of burglary at Hull Magistrates Court on November 11.
She also appeared again on Tuesday, December 10 when her case was committed to Hull Crown Court for sentencing.
Watch video below:
Top Stories