The decision of Punch newspapers to change President Buhari's title has attracted the attention of political parties in Nigeria. 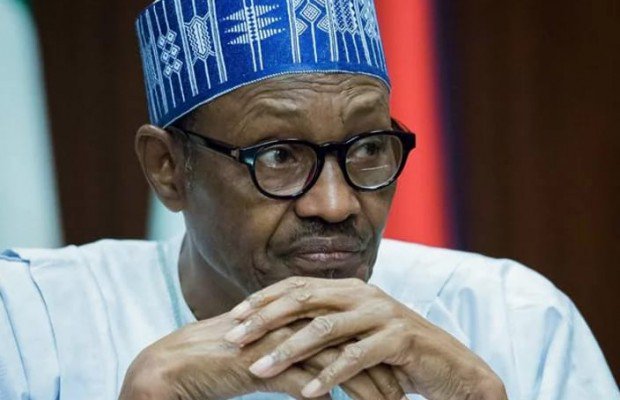 Muhammadu Buhari
The Coalition of United Political Parties, CUPP, has hailed PUNCH Newspapers for standing up against President Muhammadu Buhari’s alleged dictatorial regime. a DailyPost report has revealed.
In a notice titled “Buhari’s lawlessness: Our Stand”, Punch stated that it will “henceforth prefix Buhari’s name with his rank as a military dictator in the 80s ‘Major General’ and refer to his administration as a regime until they purge themselves of their insufferable contempt for the rule of law.
The newspaper made the decision while making reference to DSS non-compliance to court orders on trial of Omoyele Sowore, publisher of SaharaReporters; invasion of courtroom and trial of Shiites’ leader, Ibrahim El-Zakzaky amongst others.
Punch said its decision shows its protest against autocracy and military-style repression under Buhari’s administration.
In reaction, CUPP said that Punch’s designation of Buhari’s government as an autocratic regime was heroic, patriotic, pro-people and worthy of commendation.
In a statement on Wednesday signed by its National Publicity Secretary, Ikenga Imo Ugochinyere, the coalition noted that the decision by Punch to henceforth start referring to Buhari as a Major General and his govt as a regime, was an act of courage.
The opposition coalition’s statement added, “CUPP has noted with delight the editorial by The PUNCH newspapers tagged ‘Buhari’s lawlessness: Our stand.’
“The CUPP hails the newspaper for courageously standing up against Gen. Buhari’s dictatorial regime at a time many individuals and groups have been cowed into silence.
“We view PUNCH’s designation of Buhari’s government as an autocratic regime as a heroic, patriotic and pro-people decision which is worthy of commendation by all lovers of democracy.
“The CUPP also views the decision by PUNCH to henceforth refer to Buhari as a Major General and his government as a regime, an act of courage.
“It is noteworthy that this courageous stand taken by this newspaper is coming at a time when the organised labour, popular electronic/print media and ethnic associations among others have opted to be silent in the face of obvious tyranny.
“Many of them are alleged to have been bribed to keep silent in the face of return to military-liked dictatorship.
“We, therefore, urge those not yet compromised to borrow a leaf from PUNCH’s courageous and patriotic stand. They should stand up and condemn Buhari’s growing autocratic actions.
“The CUPP also warns Buhari’s regime and his foot soldiers against any attempt to clamp down on PUNCH and its staffers under any guise based on this newspaper’s courageous stand.
“This newspaper’s stand has further confirmed that not all voices have been silenced by this regime. Others should join this crusade to end impunity in our country.”
Top Stories