The General Secretary of the National Democratic Coalition has said Buhari still has the character of the 1984 dictator he is said to have been. 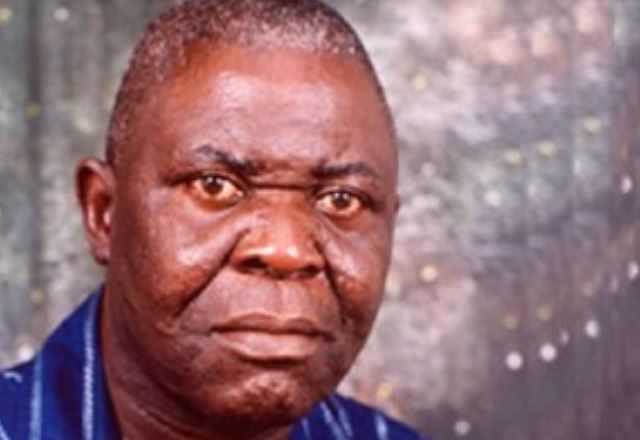 According to Punch Metro, Chief Ayo Opadokun, the General Secretary of frontline pro-democracy group, National Democratic Coalition, says the President, Muhammadu Buhari, has failed to transform from a military dictator to a democrat.

Opadokun, who was among those who were detained for his activism during the struggle for the actualisation of the June 12, 1993 mandate, said it was unfortunate that those who played no role in the restoration of democracy are now destroying what Nigeria fought hard to achieve.

The NADECO chieftain said this on Channels Television’s Sunrise Daily programme on Thursday.

Opadokun, who was among those that supported Buhari as a ‘reformed democrat’ during the build-up to the 2015 elections, said Buhari ought to have removed the toga of a despot even as he said that the President’s war against corruption remains commendable.

“We cannot be part of any group that will bring down Buhari government but it is his inability to remove his toga of military dictatorship… It was during his time that he manufactured Decree 4 where truth became a mortal offence. Nduka Irabor and Thompson were jailed for speaking the truth about emissaries who were going to be ambassadors.”

The activist lambasted the Department of State Services for the manner with which it re-arrested Sahara Reporters Publisher, Omoyele Sowore, at the Federal High Court, Abuja, last Friday despite Sowore meeting his bail conditions.

Opadokun said the fact that Sowore contested an election and lost to Buhari did not mean he had no right to speak against the government.

He noted that the re-arrest of Sowore in court in Gestapo manner was reminiscent of the regime of the maximum ruler, General Sani Abacha.

Opadokun stated, “We have human rights abuses in very embarrassing dimensions. What one never expected to be happening today is happening. Having laid down our lives, lost blood, liberty and even helped restore democracy in Nigeria; we thought these things would never happen again in Nigeria particularly this one of Sowore.

“It is a great embarrassment. It makes one look so unfortunate. Having wasted his time, wasted his life opportunity to serve the Nigerian people. Yet, those who captured power and were never part of the struggle, who never knew where the shoe pinched, are messing up the entire system. It is unfortunate.”

The NADECO chieftain commended The PUNCH for its editorial which was published on December 11, 2019.

He recalled that The PUNCH was among the few newspapers that fought against military dictatorship and stayed in the trenches with activists during the June 12 struggle.

Responding to a claim by an All Progressives Congress chieftain and fellow guest on the programme, Segun Oshinaga, that The PUNCH was aggrieved over the victory of Buhari in the last election, Opadokun said, “I give kudos, I give credit very expressively to the Nigerian media.

“They fought a satanic battle. The Nigerian media ought to be celebrated because for all the struggles we suffered if they were not reported and if they did not suffer same…they went into guerrilla journalism even to report the activities of the pro-democracy groups.

“The PUNCH, that he is now abusing, and others went into guerrilla journalism to report the military dictatorships that we had. So, these kind of characters is not speaking for government but for their pockets.”

He lambasted the Special Adviser to the President on Media and Publicity, Femi Adesina, for saying that The PUNCH’s editorial which was critical of Gen. Buhari, showed that Nigerians enjoy freedom of speech.

The NADECO chieftain said Adesina should stop patronising Nigerians by making it seem as if the Buhari regime was doing Nigerians a favour.

Opadokun stated, “That is a nonsensical statement from that man (Adesina). The Nigerian state is not the giver of our freedom of speech. We fought and got it for ourselves, not on a silver platter. We struggled for it.

“So, these characters who were hand in glove with military dictatorships, because they are now in power, feel they can now tell us that what they are doing is as a result of the fact that they gave us press freedom?”